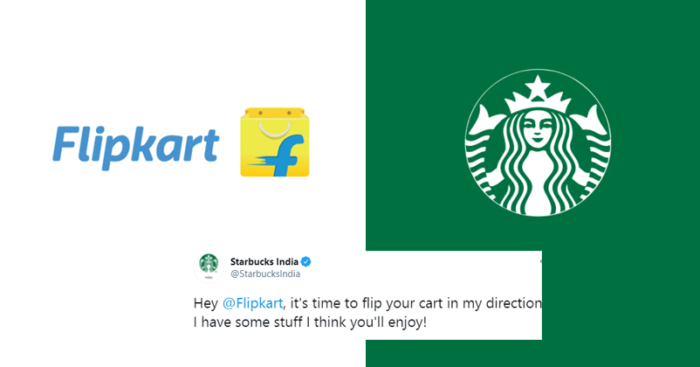 We can all agree that brand collabs are the best kind of marketing that can be done. When two big brands come together, something interesting is delivered for sure. And the marketing posts is a treat to look at as it has so much creativity and freshness in terms of content. 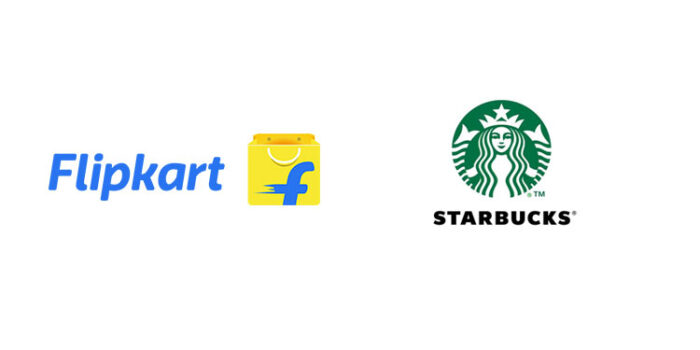 A recent brand collab is making the news mostly because of the internet posts that followed.

Earlier in October, Tata Starbucks had announced that their merchandise is now available on Flipkart. This news bought a lot of joy among Starbucks lovers as they can now order its range of mugs, tumblers and other essentials from the e-commerce platform.

The exchange between the two brands on Twitter was a thread worth a read. When Startbucks India tweeted, “Hey, it’s time to flip your cart in my direction. I have some stuff I think you’ll enjoy!

To Which Flipkart replied,” Well, you’ve e-comm to the right guy! Aisle be right there!”

Well, @StarbucksIndia you’ve e-comm to the right guy! Aisle be right there!

This hilarious exchange between the brands attracted a lot attention from the people on Twitter. The tweets however did not end there, the two brands further retweeted. Starbucks India replied, “I’m gonna fill your kart, @Flipkart! You’re gonna be brim-full of fa-brew-lousness!” Flipkart’s reply was again as witty as it could be.

Send ‘em over, bud. I’ll make some room on my shelves for your merchandise.

People could not stop from getting on the collab bandwagon and joined in the exchange with the witt of their own. With Starbucks’ tweet, people were quick to understand that something big is about to happen.

Something is brewing between these two.

Whatever is brewing here, I m ON!

Of course, people had to say something about Flipkart’s nemesis and Amazon was mentioned once or twice.

I hope you guys have an amazon bond, can't wait! @amazonIN

People surely had mixed feelings. While some were super excited about the collab some did show their disappointment about it.

Just do the right thing and list on @amazonIN

Also Read: RR & RCB Are Having A Banter On Twitter For Rajasthan Royals Logo

Whatever the tweets might have been, Starbucks India and Flipkart succeeded in making a buzz about their collab and all in all, it is going to be great news for coffee lovers.