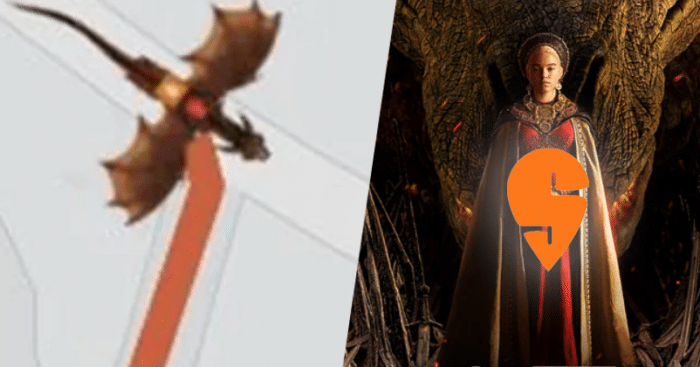 The fandom of HBO’s Game Of Thrones has been the highest when we talk about fantasy drama TV series. While a majority of the fans were not very content with how the show ended, it did garner a lot of momentum online and was one of the most watched series ever.

To keep the craze going, the makers have now launched its spin-off, House of the Dragon. The show was launched on 21 August this year and is available on Disney+Hotstar.

The prequel is set 200 years back and showcases the origins of Targaryens and the events that led to the civil war, which was referred to in GOT as the ‘Dance of the Dragons’.

As soon as the show was launched, it attracted a lot of positive reviews from viewers. The popularity of the show has shot up so quickly, that not just people but brands have also jumped in to make the most of the hype.

The best campaign done was by Swiggy. The food delivery app replaced the delivery partner’s icon with that of a dragon. So any time you’d order food a dragon could be seen flying towards your location.

People on social media were highly impressed with this marketing stunt by Swiggy and applauded for their creativity. Some of the tweets were simply hilarious to read.

Yep ordered some food today and saw this.

The only question is why is the dragon following traffic laws and only flying over a road? 😂

Me after eating food: Dakarys

#HOTDonHotstar
One of the dragons is on my way 🔥 pic.twitter.com/FfvRVRo1Co