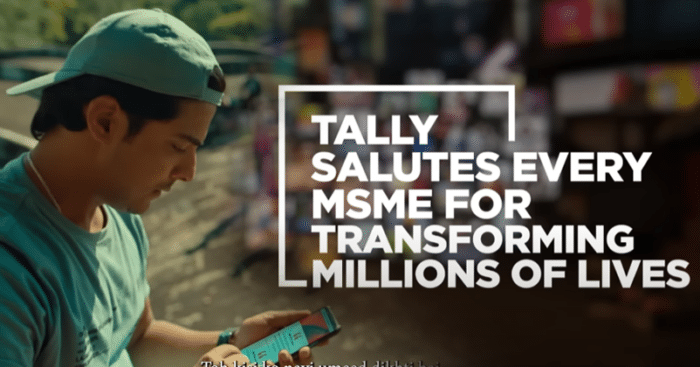 Every business owner has come across the term Tally, irrespective of the sector or the audience they serve. Tally has been supporting the small and medium business owners for over three decades and in order to salute the indomitable spirit of MSMEs across the world and celebrate their unrelenting contribution in the economic development of our country, the software pioneer company celebrated the International MSME Day by launching a new campaign ‘Always AweSME’.

The film that the campaign is centred around depicts how one business can impact the lives of consumers and other businesses giving an impetus to the overall ecosystem. It shows a chain reaction of growth that starts with one business taking the first step towards achieving their dreams.

Jayati Singh, Chief Marketing Officer, Tally Solutions said, “MSMEs are crucial for any nation’s development and their ability to choose this path not just enables lives of its employees, it gives hope and opportunities to the larger community. ‘Aap Se Bane Hum’ is a true reflection of how MSMEs and the ecosystem at large are interdependent on each other. We have been enabling our country’s heroes for over three decades now and this film is a small effort in celebrating that spirit.” 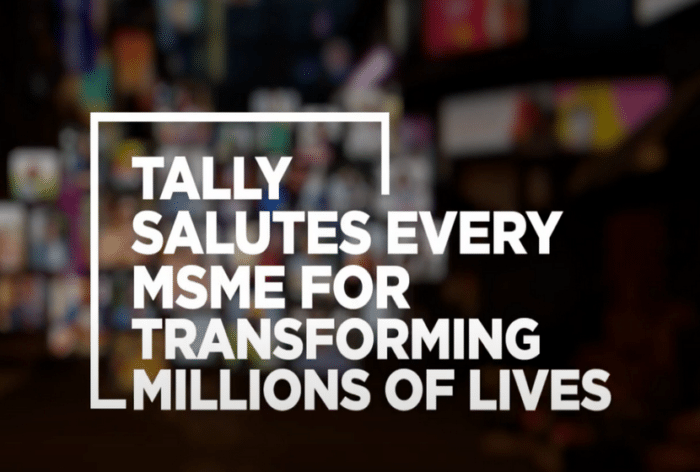 As part of the overall campaign and to empower small businesses with the know-how, best practises and techniques associated with key challenges that they face, Tally conducted insightful masterclasses in association with ET Now& Business Coach and Author Rajiv Talreja.

Moreover, Tally launched the second edition of ‘MSME Honours’ to recognize and celebrate the diversity and the positive impact of micro, small and medium enterprises through their best practises at the hyperlocal level. In its second edition, Tally MSME Honours was launched globally across India, Middle East, Kenya, Bangladesh, Nepal, and Indonesia. Nominations from the MSMEs were received across five categories – WonderWoman, Business Maestro, NextGen Icon, Digital Transformer and Champion of Cause. 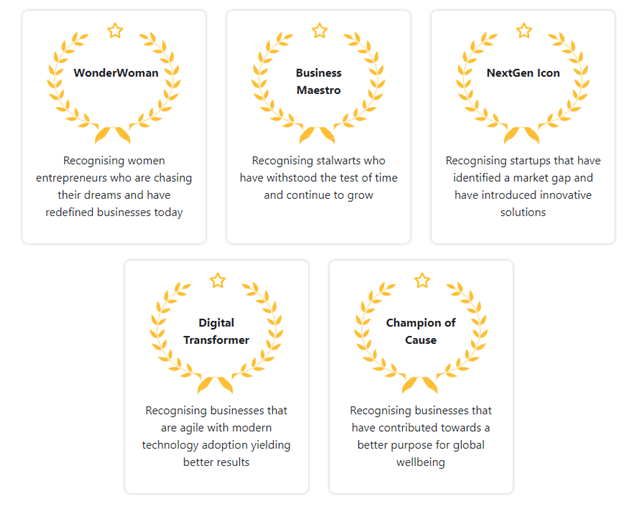 The initiative received a phenomenal response with over 2000 nominations across 350 towns and cities, globally. In India, 97 MSMEs were recognized in four grand events hosted across four zones (East, West, North and South) of the country.

It’s heartwarming to see that MSMEs, who truly run the nation, immensely contribute to the employment generation, GDP growth and exports, get the limelight they have always deserved. From businesses to consumers, MSMEs touch the lives of everyone and there’s no debate regarding that. Tally Solutions took it up to salute every MSME that transform the lives of millions and showed the way that it’s important to recognize the effort of these nation builders.