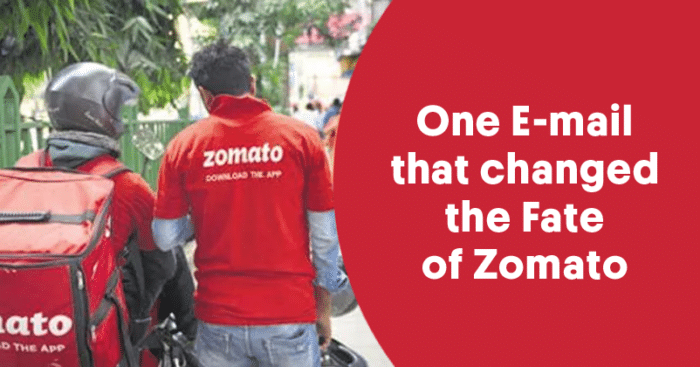 With the news going rife about Zomato’s latest IPO, the online food delivery service has been the cause of major hype across all social media channels. However, what’s intriguing to learn is the first time that Zomato ever reached out for funds. 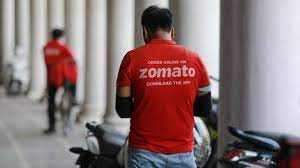 Things were a lot simpler when Zomato first sought its investor and raised funds 11 years ago. It all started out with a simple cold email sent out by Info Edge’s Sanjeev Bhikchandani, who had founded sites like Naukri.com and Jeevansathi.com. He along with his colleague, Hitesh Oberoi had been using a site called FoodieBay to find restaurants in Delhi back in 2010.

Researching on the potential that the site had to offer, Sanjeev searched for Ddeepinder Goyal, Zomato CEO’s contact and found his email ID on Google. The email read something along the lines of, “Hi, I use your site and we are fans. If you are looking to raise money, contact us.”

In the next 72 hours, the founders shook their hands with Infoedge’s team and received an investment of Rs 4.7 crore (a million dollars then) from InfoEdge in July 2010. The reason for Infoedge’s investment in the startup back then was particularly vested in the need that the company was trying to fulfil. With natural traction being gained on the site, Infoedge realised that it was thus, successfully fulfilling a need wherein organic traffic came in regularly without any advertisements or heavy marketing.

Bhikchandani’s investment led the company to grow up to become India’s first unicorn startup from the food tech space. In the year to come, the company went on to list over 8,000 restaurants on its website and devised strategies that aimed to go beyond restaurant directory listings and essentially become a recommendation engine that would suggest the best places for dining out and food delivery. The company changed its name from Foodiebay to Zomato and the company went international soon after. Today, it employs over 1.5 lakh delivery partners and serves over a crore of customers in a month.

The company’s IPO opened up on the 14th of July this year and aims to raise Rs 9,375 crore through the IPO. Other than Info Edge, significant shareholders of the company include Sequoia Capital, Ant Financial, Tiger Global and Uber. What started out as just a cold email went on to become the largest company in the food tech space and the company continues to make leaps and bounds as the years go by.