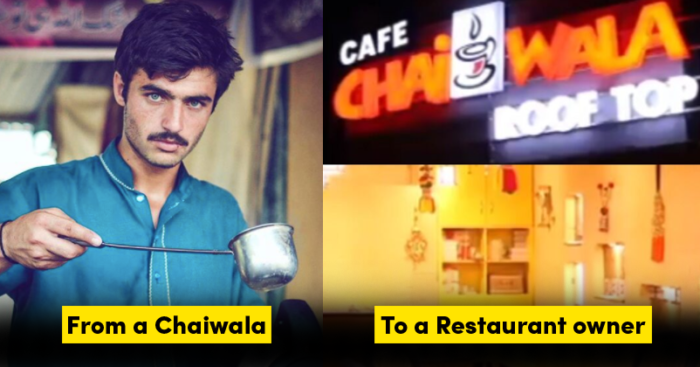 One such name that became a sensation overnight was Pakistan’s, Arshad Khan. Around 4 years ago, Arshad’s picture went viral on social media. He was a chaiwala in Pakistan’s Islamabad, who one day got clicked by a professional photographer Jiah Ali in a candid photo shoot in 2016. 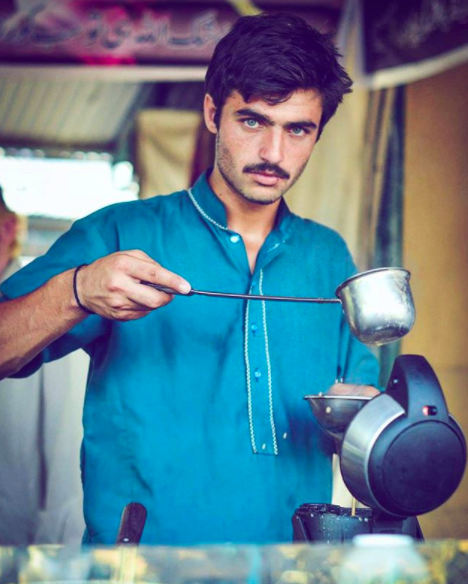 Arshad was doing his regular tasks and was preparing tea when Jiah clicked his picture. As soon as she posted the picture on her Instagram handle, the blue-eyed Arshad became an intriguing subject for everyone. Arshad’s picture was the talk amongst many influencers in the fashion industry and soon he was approached with modeling projects.

Arshad has now decided to move up the ladder of success. He has recently opened up a cafe named ‘Chaiwala Rooftop’ in Islamabad.

A video on Instagram shared by Urdu News gives a peek into Arshad’s cafe. In the video, he shared that many people have asked him to rename the cafe as ‘Arshad Khan’. But Arshad believes that ‘chaiwala’ is what he relates to and would never give up his identity.

The new cafe is serving around 15-20 dishes along with tea and the colorful decor with a traditional touch is making the cafe all the more interesting.

Arshad is very excited about his cafe and has decided to devote more time to it however will be planning his schedule so that he can even give time for the television show he has been doing at the moment.