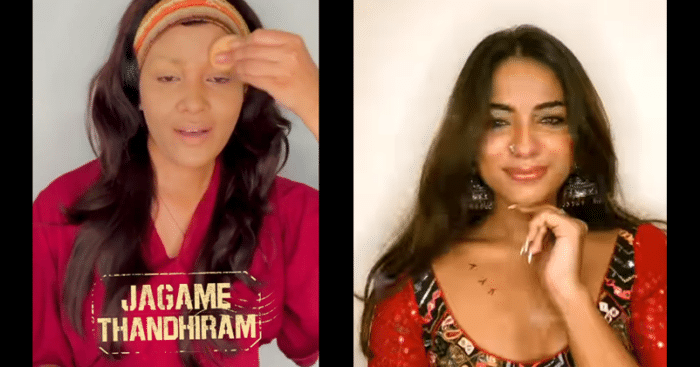 Movies and dramas have a huge role to play in influencing viewers. The impact of the appearance of a particular character, be it Salman Khan’s haircut in Tere Naam or Mughal-E-Azam’s anarkali’s that are worn even today, leave a lasting impression. People yearn to dress up like them. It gives them a sense of hope and does wonders for some positive motivation and self-care. Netflix India is cashing on this concept of using viewer aspirations and creating reels on Instagram to promote its current and new content. And to do this, Netflix India has roped in several influencers to create content that is engaging, understandable and can be emulated. Let’s see a few examples of these.

To promote the movie Ray, which is a series of four stories by Bengali director Satyajit Ray, Netflix India roped in Anindita Bose to make a reel, in which she can be seen taking up a challenge of draping a Bengali Saree in under 30 seconds. A second reel featuring Priyanka Panwar shows how she transforms herself into a character of the movie, by using make-up.

Sarees these days are not confined to be used in the traditional way. Modern styles and innovative draping techniques can give a new look to the character which leaves lasting impressions in people’s minds. Netflix India created a quirky reel with Meghna Kaur, in which she can be seen replicating looks of three characters. Neha Melwani from Dostana, Naina from Yeh Jawani Hai Deewani and Rani from Haseen Dilruba.

Movies down south have a huge influence on its viewers, and cashing on this, Netflix collaborated with Medha Srivastava to promote Dhanush starrer Jagame Thandiram. In the reel, Medha can be seen transforming into Dhanush’s character, on the background score of its popular song ‘Rakita’, using make-up techniques.

Yes, you heard it right. Netflix is still promoting this 2003 film, and nudging viewers to watch it again and again and again, of course on Netflix. Featuring Kareema Barry, the reel features a realistic take on the movie.

To promote its new film Mimi, Netflix partnered with Leisha Patidar to create a make-up and dance reel. She can be seen getting ready as Kriti Sanon in the movie, and performing a few steps on its foot-tapping song ‘Param Sundari’.

One of the most marketed shows on Netflix India, its new season is due for release. And to promote it, Mansi Ugale is seen dressing up like a character from the show.

With an increasing number of views and likes, this mode of content promotion is here to stay.