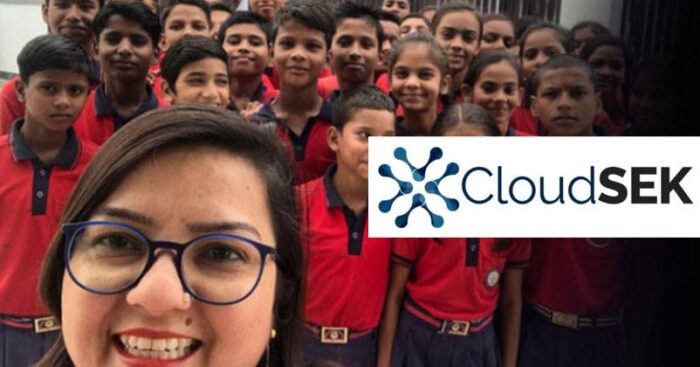 CloudSEK, a Bangalore-based Cybersecurity company, does not take its Corporate Social Responsibility lightly and this Diwali, they are here to leave a mark on several lives. Rather than spreading light and joy for just a day or a week, CloudSEK is planning to leave a lasting impression on future generations.

This Diwali, CloudSEK and its partners will be bringing happiness into children’s lives by providing for their academic needs for a complete year. The activity was organized in association with all of their partners and clients and most importantly the Gurukul Public School, Raebareli. CloudSEK sponsored the academic year of one child, from Gurukul Public School, on behalf of each client/partner. Being a former student at IIM-C, Sourabh Issar, CEO at CloudSEK has personally known and supported the school as well as its founder, Pooja Mishra, for a while now. When the idea of aiding the school was introduced to the founder and CTO of CloudSEK, Rahul Sasi, Sourabh met with more enthusiasm than he had had about the thought.

After initiating the ‘Earn While You Learn’ program aimed at helping young, skilled college students, Sourabh Issar and his team are happy about the success of the ‘Smile While You Learn’ program which was targeted at helping an even younger generation of students. In Sourabh’s own words, “CloudSEK is committed to the cause of building up our future with programs like “Earn While You Learn” focussed on college students. With “Smile While You Learn”, our child education program, the focus is to level the playing field by giving young underprivileged kids a shot at a better future. And hopefully spread more awareness for this cause which we hold dear at CloudSEK.”

It was more than a delight for CloudSEK’s clients to be a part of this happiness. They were surprised and excited to join in on these children’s wonderful journey. They were also grateful for a thoughtful gift, rather than a material gift for this Diwali.

About Pooja Mishra and the cause 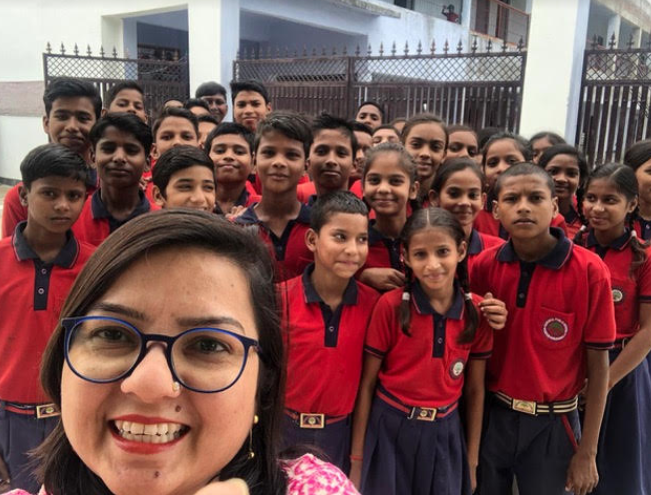 Giving up the path of an IIM graduate to build a promising school for the underprivileged is probably the most outrageous idea that would have stricken Pooja Mishra. At an age when most of us would be focused on building our careers to make a living for ourselves, Pooja, an IIM-C graduate herself, made it her mission in life to help underprivileged students from her village, Purasi, Raebarelli. She built Gurukul Public School for parents who could not bear the expenses of sending their young ones to school. Although the obstacles that challenged her did make her want to give up, the tough lives of the children who studied at her school and their hope for a better future drove her to surpass all her thoughts of quitting. Her idea was not to just create educational opportunities for children who could not afford it but to create choices for the younger generation, especially for girls who believed they had none.

When she almost gave up on her dream, it was the alumni of IIM Calcutta that helped her raise enough funds to support her students. Today, even when her school accommodates close to 1000 students, Pooja’s constant struggle is directed towards finding donors who support her cause. Her resistance through all the struggles is what sparked CloudSEK to support her young students. They only hope that other companies would also be inspired to do the same. As CloudSEK helps to spread light for these young ones, are they not lighting the way for a better future?