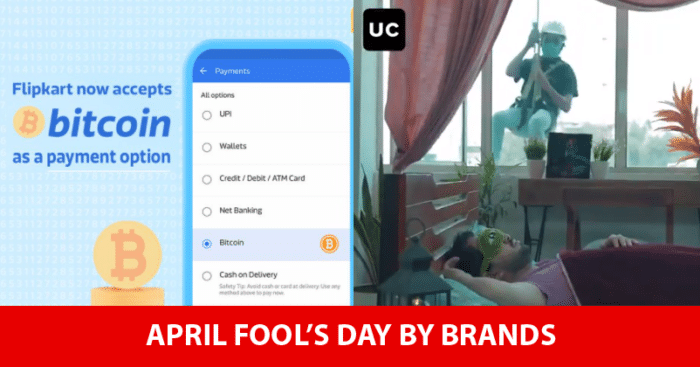 April Fool’s day has just ended. While the day comes once a year, it held a more important status since it came after the year of pandemic. People needed to have a good laugh about something.

Celebrating the day like every year, many brands decided to jump in and one-up each other. Multiple brands launched their fake products and services on the day. And while some were clever enough to understand the trick, there were many who got convinced pretty easily.

Asia’s largest home service provider, Urban Company, had an interesting way to fool people. The brand took a dig on all those who have been having a real struggle in getting up on time for your early morning zoom calls. Urban Company’s new #AlarmAtHome service was said to send a trained professional to wake you up from your sleep, no matter what.

Our new #AlarmAtHome service for those who take their sleeping a little more seriously! 😴
Wherever you are, we promise we’ll wake you up to a great day!
Toh apne time ka karo sahi use, #UrbanCompany karo choose!
Don't forget to use the promo code "AbTohUthJa" for 50% off! 😎 pic.twitter.com/n2RSNdFMLO

Ola‘s Co-founder & CEO, Bhavish Aggarwal dedicatedly implemented the April fool’s prank with a video advert of the so-called Ola AirPro, a fully autonomous electric flying car. The company released an official launch announcement of the said car. And well! We have to say, they did fool us for a second there.

In order to engage its customers, Volkswagen decided to up the April Fool’s game and change the brand name itself. The automobile brand announced the launch of Voltswagen which is ‘similar to Volkswagen, but with a renewed focus on electric driving.’

We know, 66 is an unusual age to change your name, but we’ve always been young at heart. Introducing Voltswagen. Similar to Volkswagen, but with a renewed focus on electric driving. Starting with our all-new, all-electric SUV the ID.4 – available today. #Voltswagen #ID4 pic.twitter.com/pKQKlZDCQ7

Talk about being futuristic! Flipkart fooled us all in the most unexpected way. The brand claimed that they will now accept Bitcoins as a mode of payment.

The future is here. We now accept Bitcoin as a convenient mode of payment. Update your app now. pic.twitter.com/l3MlY2qwRd

Keventers had built up the prank for days by marketing their not-so-real, Bhang-flavored milkshake. It was only on April’s fool day that the brand revealed that prank on its Instagram handle and boy were we disappointed.