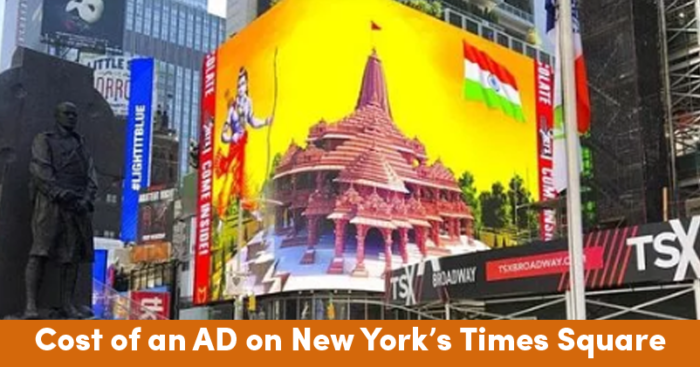 On 5the August, Ram Mandir bhumi poojan was conducted in Ayodhya. The day was celebrated by many Hindus in the country as the day was witnessed after years of a legal battle. The pooja was performed by the Prime Minister and was watched by the entire country.

The event has such a huge significance for the Hindu community worldwide that even the times square and New York displayed images of Lord Ram and the Ram Mandir to be built in Ayodhya across a giant billboard. It was surely a proud moment for all of the Indians living in the country as well as abroad. 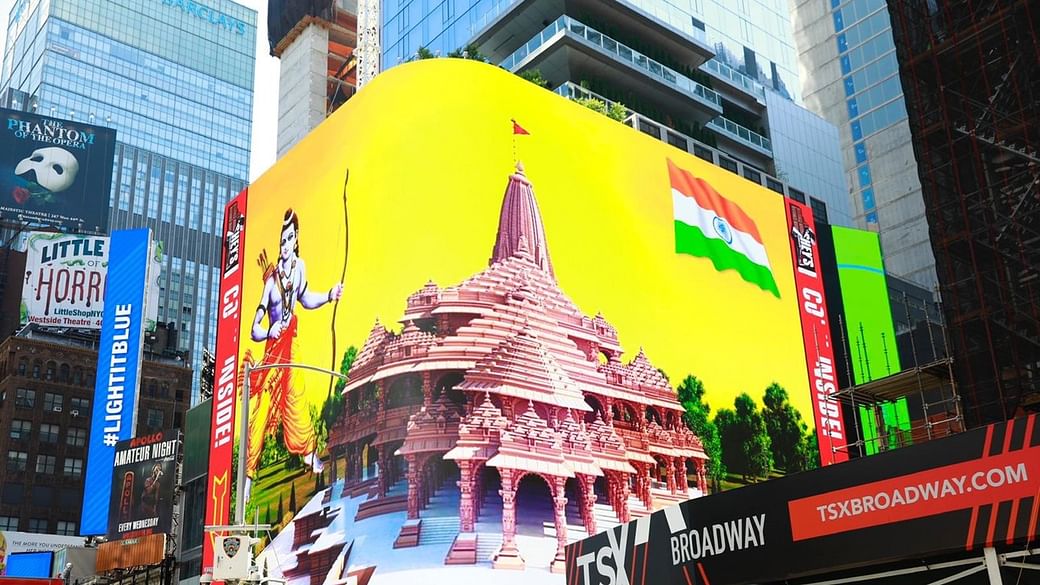 For many who are wondering how does one posts an ad on one of these giant billboards at the center of the New York Times Square here are the details. There are 15 sign holders whom you need to contact and send a request via  BigSignMessage.

When you get approval from one of the sign holders you need to pay an amount to rent one of the spots which may vary from $5000 to $50,000 for a day. Many variables play the part in deciding the price from duration to the location and size of the billboard amongst others.

For an annual package, the price varies from $1.1 million to $4 million, again depending upon the different factors.

After you have negotiated and paid the price to one of the sign holders mentioned above, you are all set to put up your desired ad for the time duration as per the package.

As per the official Times Square website, there are 238 billboards on the square at the moment which are almost always booked throughout the year.