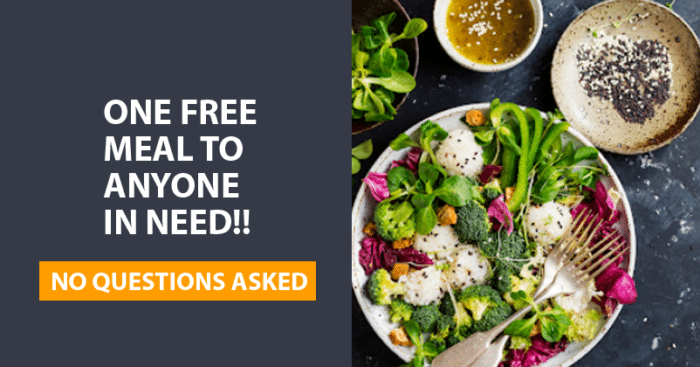 The year of the pandemic has been very difficult for all of us. While many were fighting the medical battle, there were many who were just trying to survive it through. The hardship caused by the COVID19 brought people together to help each other in these difficult times.
Last year, a Virginia USA restaurant, Perfectly Frank‘s customers stepped up, hoping to ensure the restaurant’s survival through tough times. A year later, the customers are still stepping up but this time to ensure the community makes it through what are still challenging times. Customers are paying for meals and leaving receipts on board. Anyone who is hungry and wants something to eat can take one, no questions asked, and redeem it at the register for some food. 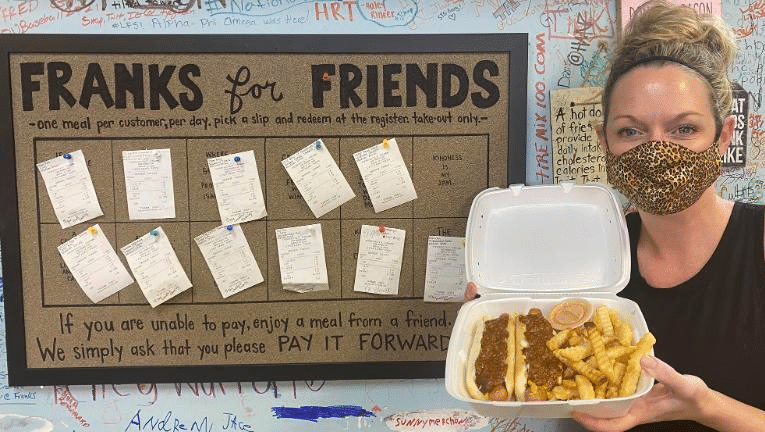 Tarah Morris, the owner of the restaurant that has been on Old Dominion University’s campus for nearly 16 years, said people have been donating money since the start of the pandemic, and that money has gone to feeding the homeless in the area.

The idea for the board of free meals came after a donor came in with $100 for each member of her 15-person staff. After two staffers returned their share, there was $700 leftover, Morris said.  “We felt like it was kind of a nice chunk to do something bigger,” she said.
She added that they don’t ask any questions. They don’t need to know what the details are. They could be eating it themselves. They could be bringing it to a neighbor. They could be dropping it off to a homeless guy on the corner. 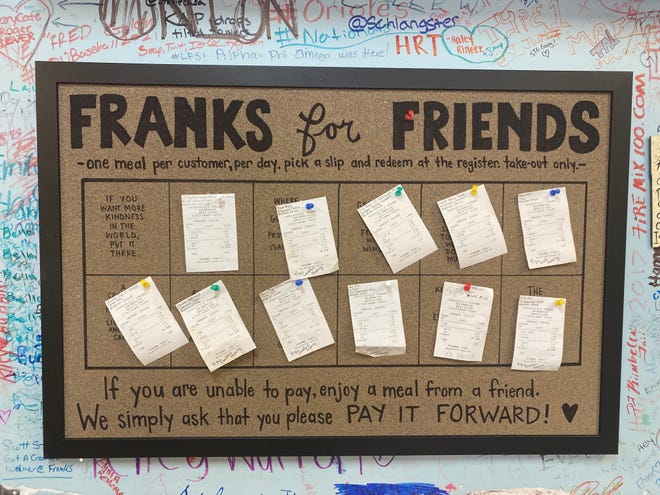 The “Franks for Friends” board inside the restaurant has messages of kindness like, “If you want more kindness in the world, put it there.” A few of the receipts are signed by various families.

Morris has also shared that the support from the customers, for both the restaurant and the community, has been uplifting. The drive has been going on for two weeks and Morris said just under 50 customers have picked up a free meal.

While there were initial concerns about people taking advantage of the situation, there have been no reports of anyone misusing this opportunity.