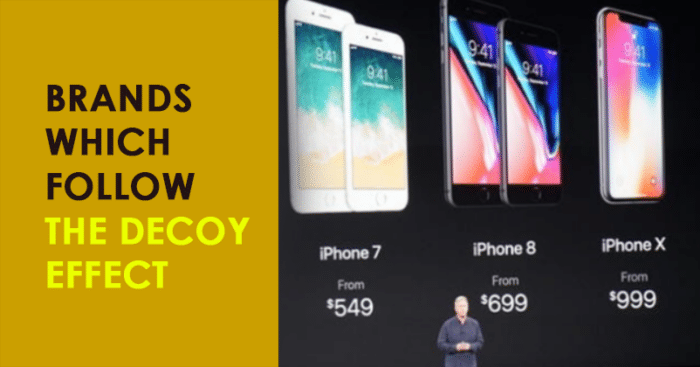 Why do we choose a double Espresso, while we could use a medium or even a small espresso, to defeat our morning blues? Why is it, that a large pack of popcorn at INR 350/- at a movie theatre, looks like a much better deal, than a small popcorn at INR 215/-, though for one person, even a small pack is sufficient? 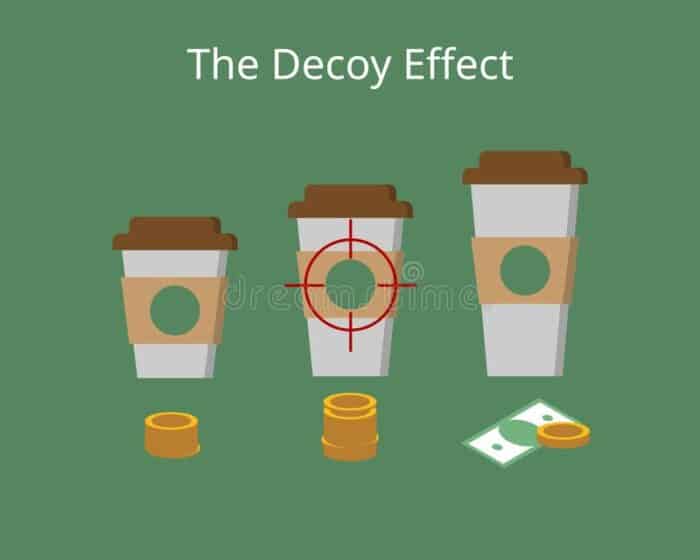 Pricing is one of the fundamentals of a marketing strategy. With many types of pricing models developed, particularly one pricing method is amply practiced in many industries. This method is based on human psychology, in which, when choosing between two options, on the introduction of a third and less attractive option, which is called the decoy, influences our perception of the original two choices. This is called the ‘DECOY EFFECT’.

The Decoy Effect is used to urge people to spend more than they really need to. Whenever there is a decoy option available, our decision to choose will depend less on which option will best suit our purpose and more on what looks like a superior and profitable option. However, more often than not, this effect has us choosing a more costly option than we would have otherwise.

Let’s take a look at some well-known brands that have used this effect in their pricing strategy. 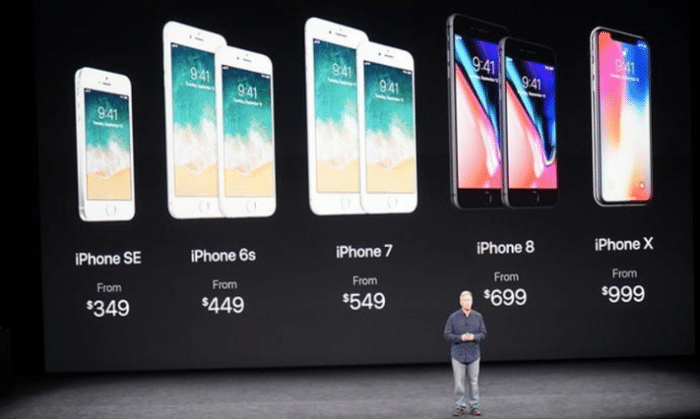 The iPhone7 was priced at $799. Then came the iPhone X, which had impressive features like facial recognition, wireless charging and a full screen. This phone’s regular version cost $999 and enhanced versions of the series were priced at $1129.99.

Many felt, that people wouldn’t really spend this much on a phone. And so, here’s where Apple introduced the iPhone 8 as a price decoy. The iPhone 8 and 8 Plus, priced at $799, appeared similar to the iPhone7, albeit with better battery life and a better-quality camera. Needless to say, the iPhone X sold 16 million units globally. 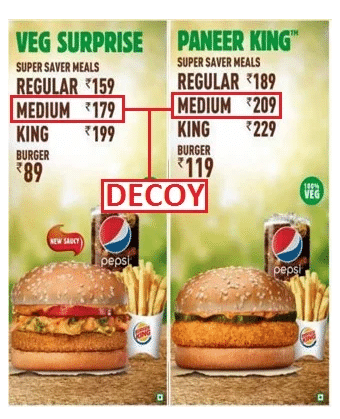 Almost all fast-food chains use the decoy effect while pricing their products. A small burger at Mcdonald’s costs $5, a medium comes at $5.5 and a large one costs $5.9. This makes the third option more attractive and it is the large one that is bought the most by customers.