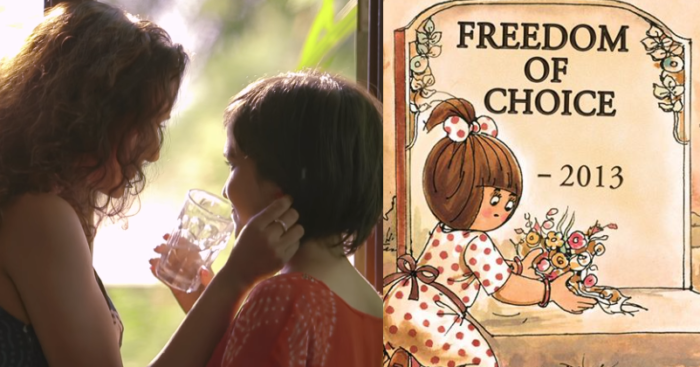 It was in the year 2018 when the Supreme Court of India ruled out Section 377 which states that all individuals no matter caste, creed, gender or sex had the right to be together legally! Since June is the month of Pride, we take a look at some of the best LGBTQ+ campaigns we have seen so far. #LoveisLove

Levis launched its #ProudToBeMore campaign to designate the LGBTQ+ rights in India and honouring the ones who have come out after a long time! It features several stories by individuals who have finally mustered the courage to come out and be proud of who they are.

The Amul Girl has been a marketing inspiration for many brands. When the verdict of Section 377 came out back in 2013, it came out with a post featuring the girl laying flowers on a tombstone to commemorate the loss of justice.

Through a smart choice of wordplay, the jewelry brand came out with this simple post to support those who had come out. The brand supports their choice and stands with them to defend their rights.

The Times of India

Last year, the Times of India (TOI) came out with an #OutAndProud campaign to celebrate the anniversary of the ruling out of Section 377 in September 2018. The company celebrates differences and has a unique place in its columns to celebrate gay pride.

Anouk, the apparel brand, has this Bold & Beautiful series and featured a beautiful film called ‘The Visit’. Here, a lesbian couple reveals their relationship to their parents openly.