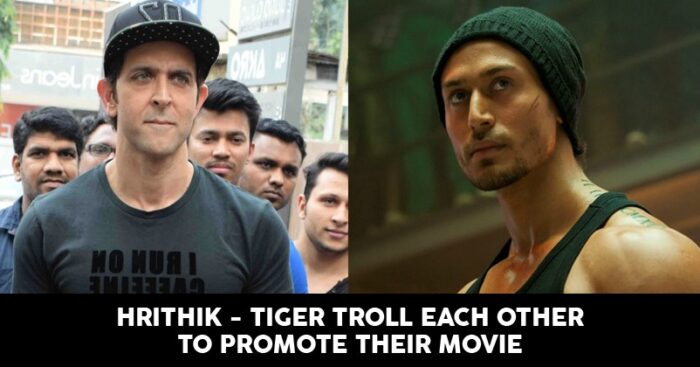 A face off between Bollywood actors Tiger Shroff and Hrithik Roshan on the streets got everyone talking.

No we ain’t talking of an ugly Bollywood spat but rather a hands down movie marketing action. The two brilliant actors of Bollywood who will soon be seen pitted against each other in the upcoming Yash Raj Films – “War” were recently spotted taking a jibe at each other as they flaunted their fit bodies in slogan t-shirts that trolled the other one. 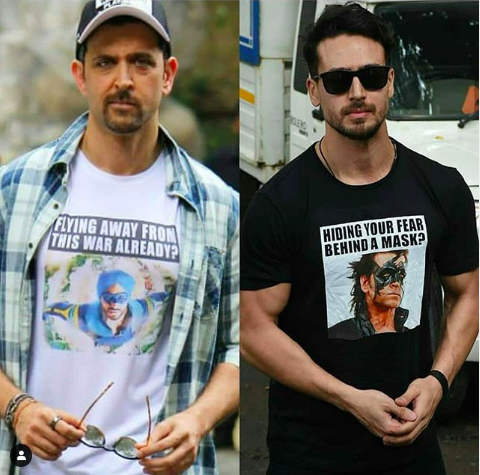 While Shroff’s t-shirt had Hrithik as his fictional character Krish on his t-shirt that read, “Hiding your fear behind a mask?”, Hrithik was seen flaunting a white t-shirt with Shroff as Flying Jat that read, “Flying away from this war already?”

The movie which is all set to release in the coming month of October has already managed to get everyone talking. The official trailer of the movie which was launched on the 26th August has already got 1.4 million views on Youtube. The movie will also star Vaani Kapoor alongside the two men of Bollywood.

Tiger Shroff is also known to be a huge fan of Roshan like us all and has time and again addressed his admiration for the actor. As excited as he is to work with him, we all are to treat our eyes as the two actors set the screens on fire.