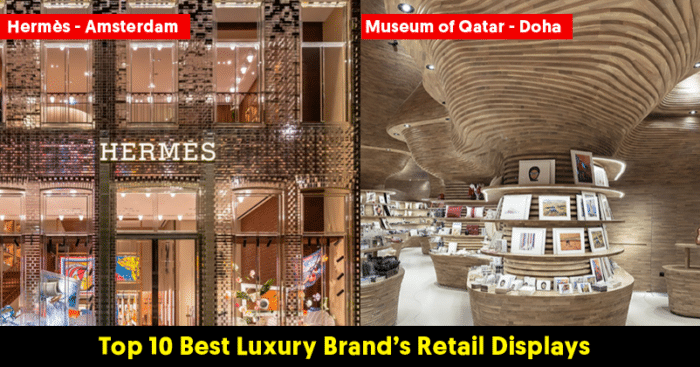 Luxury brands have been making it a point to establish the strongest presence in the market. While many are working hard on strengthening their online market, there have been many that are bringing their A-game when it comes to retail displays.

While there are numerous outlets that have been known for their creativity, here are the 10 luxury retail displays that have caught all our attention. The brands are mentioned in alphabetical order. 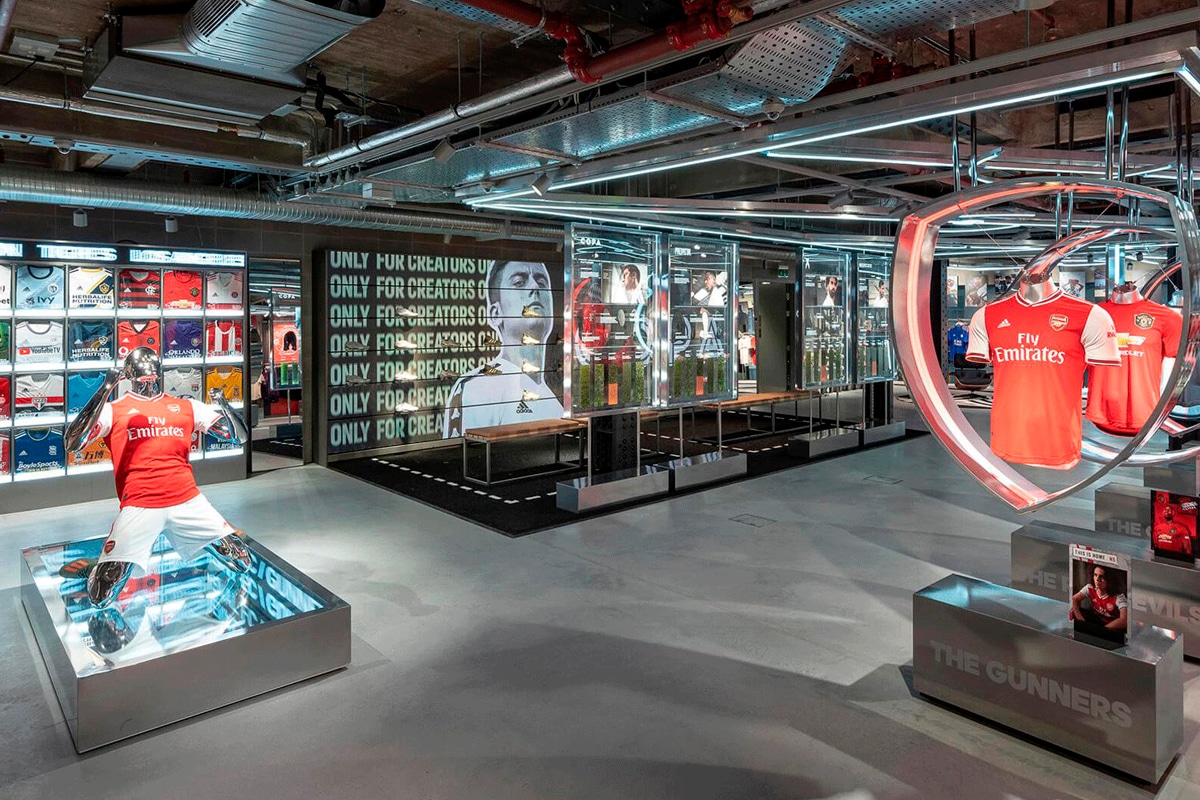 Adidas has opened a four-storey 27,000sq ft flagship on London’s Oxford Street. The brand calls the store its “most digital store to date”. With over 100 digital touchpoints and the interactive changing room mirrors the store has a lot to offer to its clients. 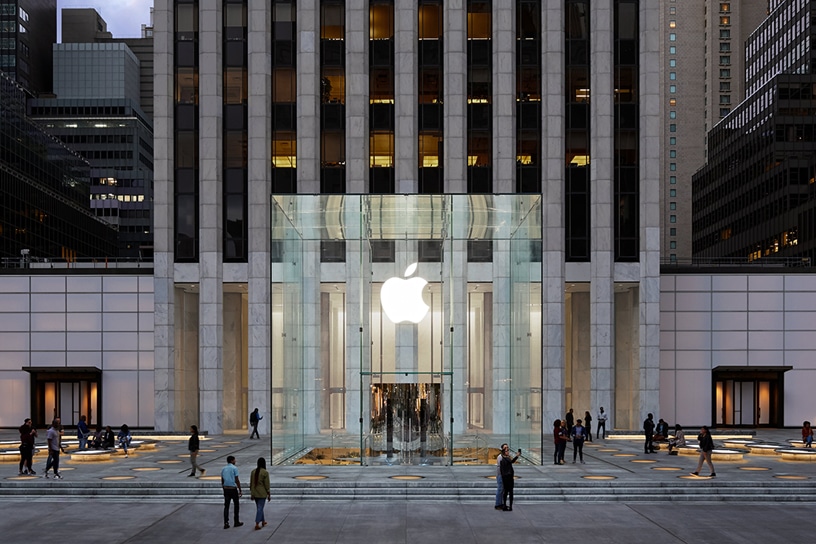 In 2019, Apple launched the new Apple Fifth Avenue Store which is an entirely reimagined space beneath one of New York City’s most recognized landmarks. With its distinctive, luminous glass cube rising above a newly designed public plaza, Apple Fifth Avenue is has been one of the most creative landmarks in New York. 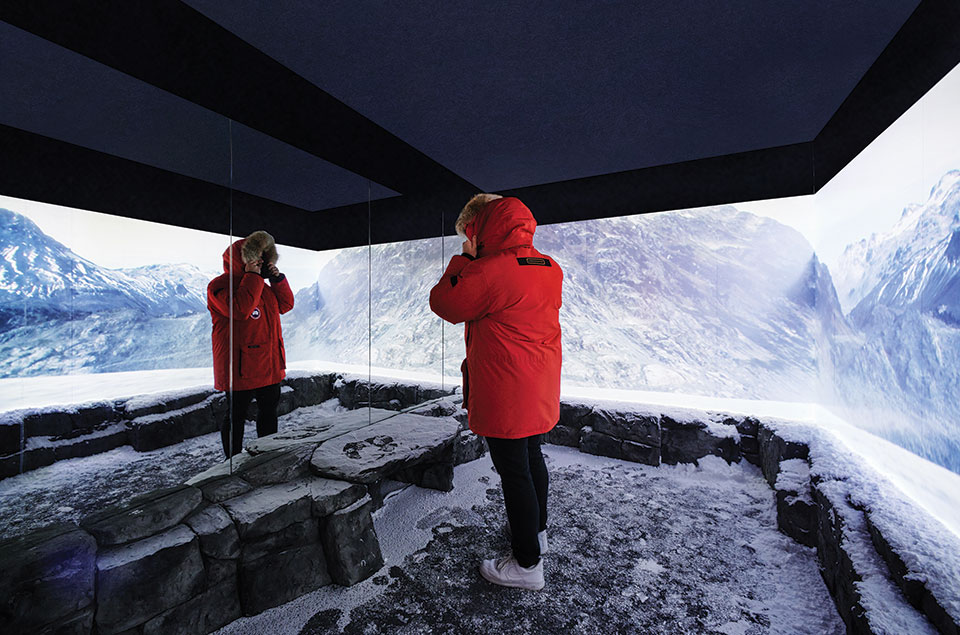 Luxury apparel brand Canada Goose opened up a store at its latest Toronto concept location. The entrance to the concept store is called “The Crevasse” and there are OLED panels under glass flooring that simulate cracking ice as consumers walk forward. The walls are made to look and feel like a rock. There’s an accompanying soundtrack pumping out the sounds of the Arctic. 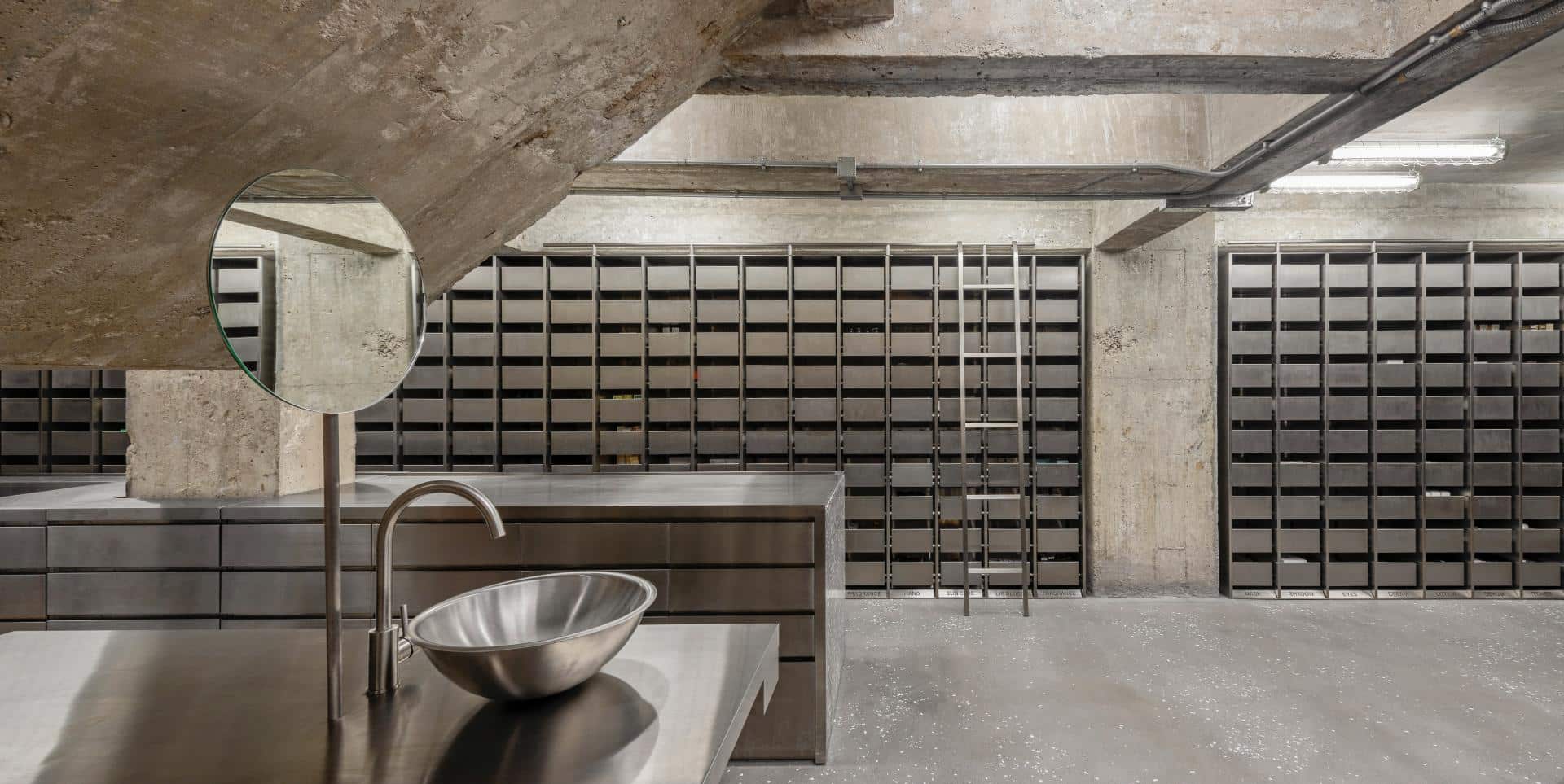 The Chinese retailer of international cosmetics brands, Harmay‘s Hong Kong store channels the ancient Chinese apothecary feel. The concept behind Harmay’s flagship in Hong Kong evolved from it being merely a warehouse to store our products, which we then sold to the Chinese market. 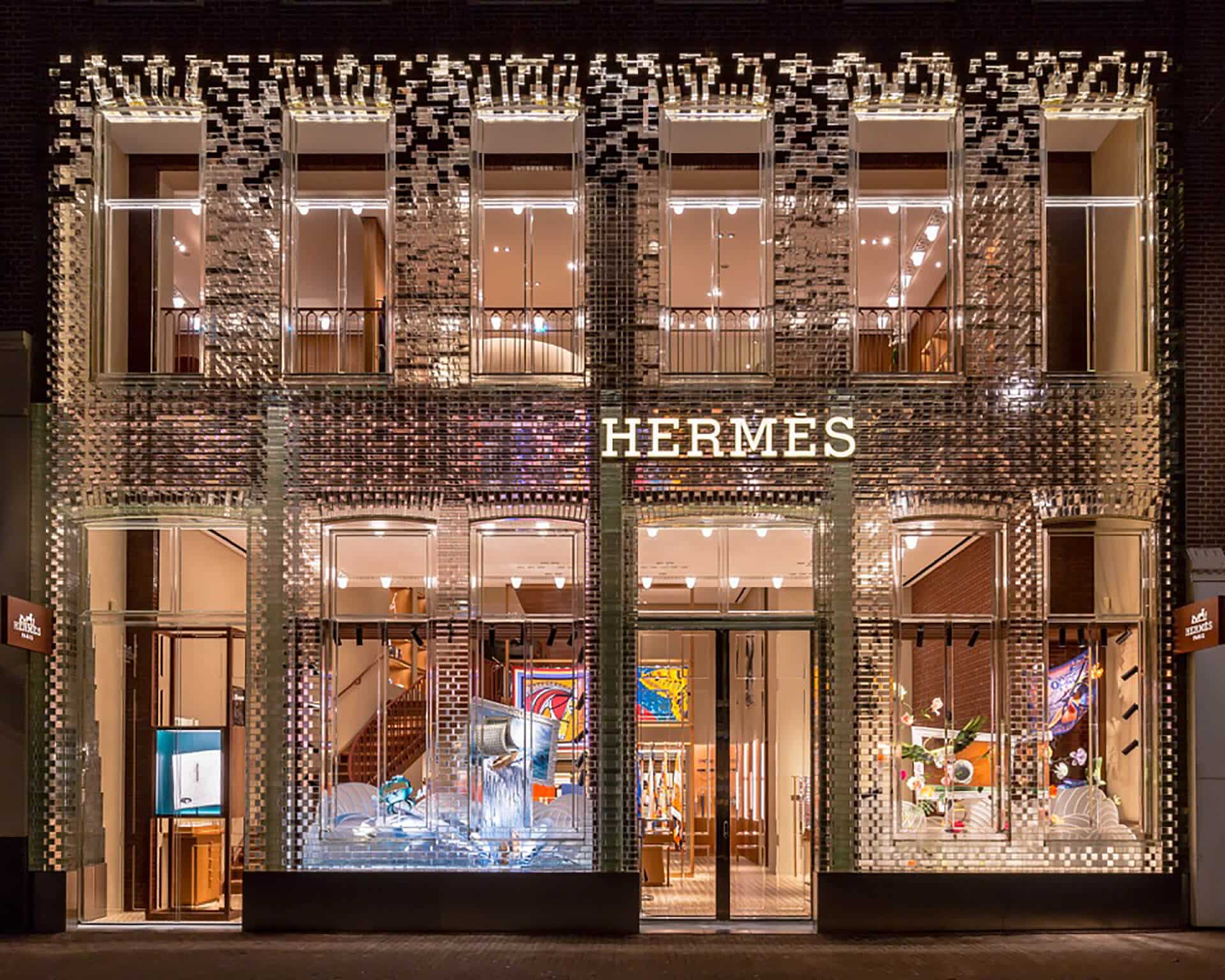 In 2016, MVRDV completed a store in Amsterdam that was entirely made out of glass. A few years later, the ‘crystal house’ was re-opened to accommodate the wares of the luxury fashion house Hermès. The store is located on the high-end shopping street P.C. Hooftstraat, Amsterdam. 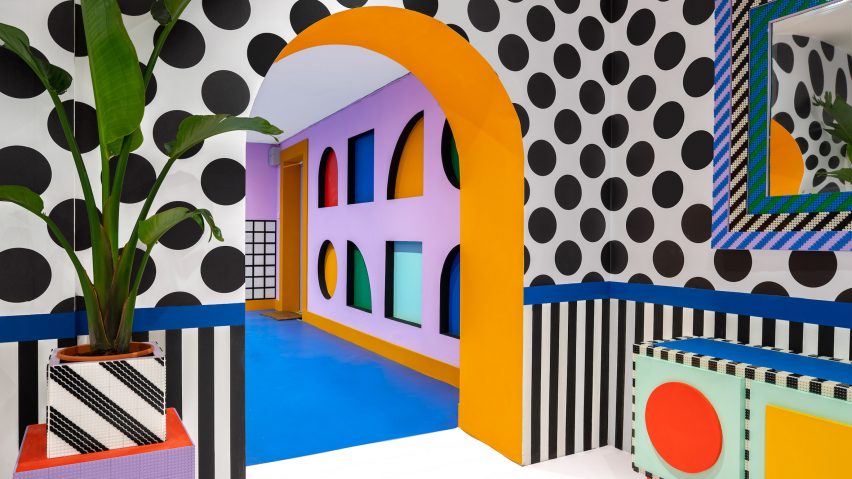 This interactive installation of LEGO ‘House of Dots’ in London is designed by Camille Walala and has been built with the help of 180 children and a group of passionate adult LEGO fans. 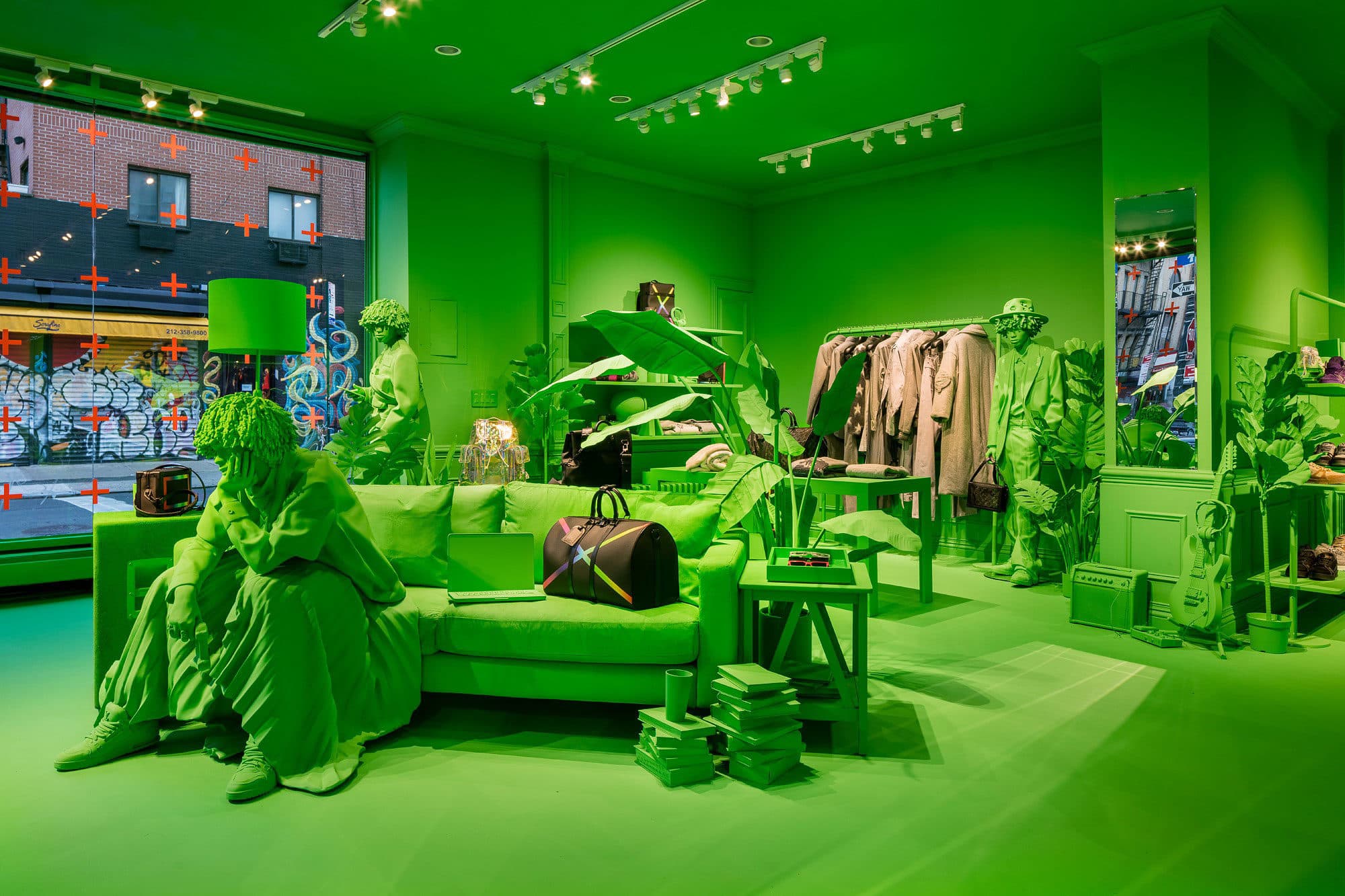 In 2019, Louis Vuitton celebrated the men’s fall-winter collection which was designed by Virgil Abloh with a limited-time, pop-up retail space in new york city. The store was located at 100 Rivington Street and was opened with the official hashtag #LVGreenscreen. It is entirely covered in neon green from the street to the interior elements inside the store. 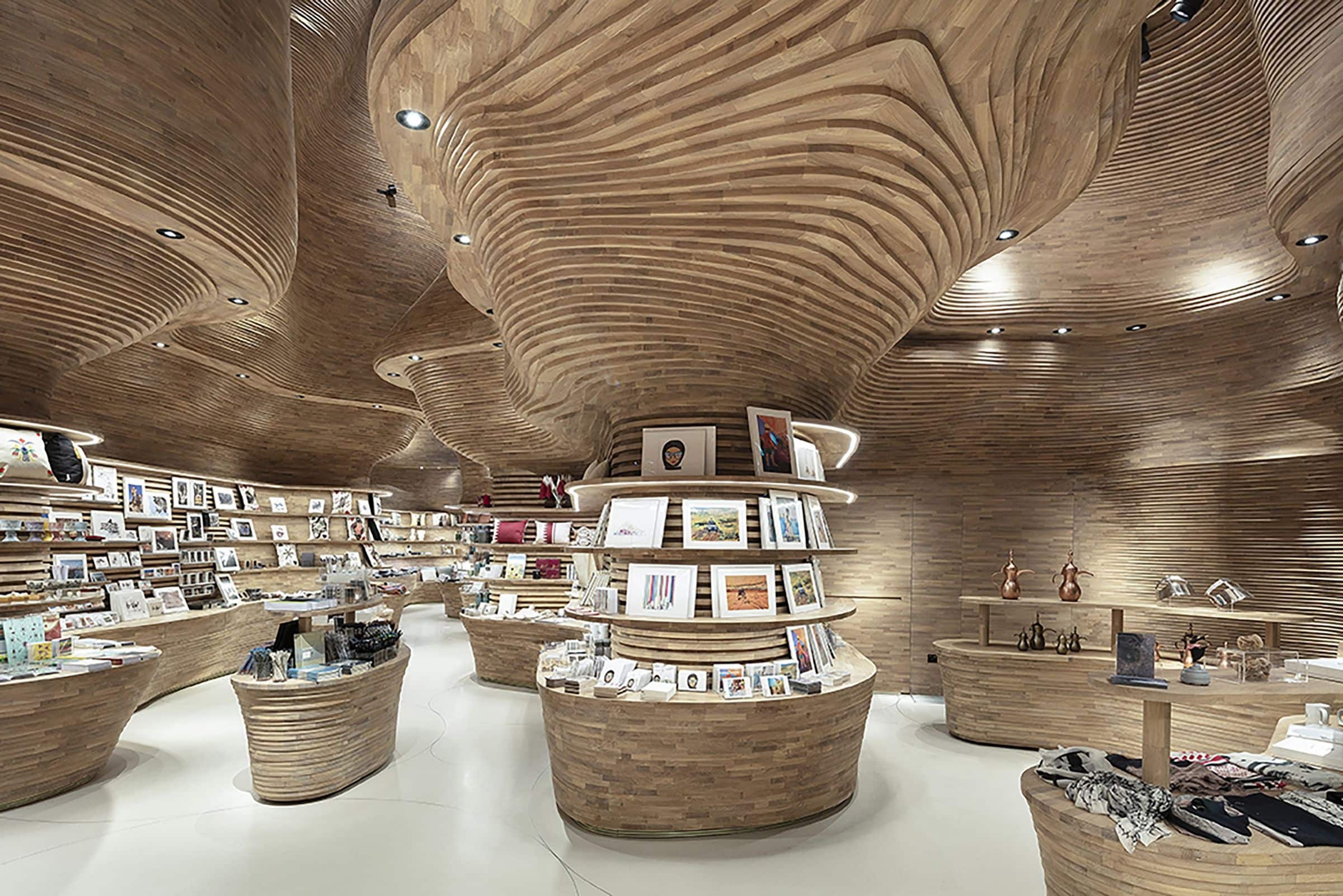 The National Museum of Qatar by Ateliers Jean Nouvel was one of the signal architectural achievements of 2019. Its pair of gift shops inside, designed by Koichi Takada Architects and similarly influenced by the area’s natural heritage, is an interior tour de force. 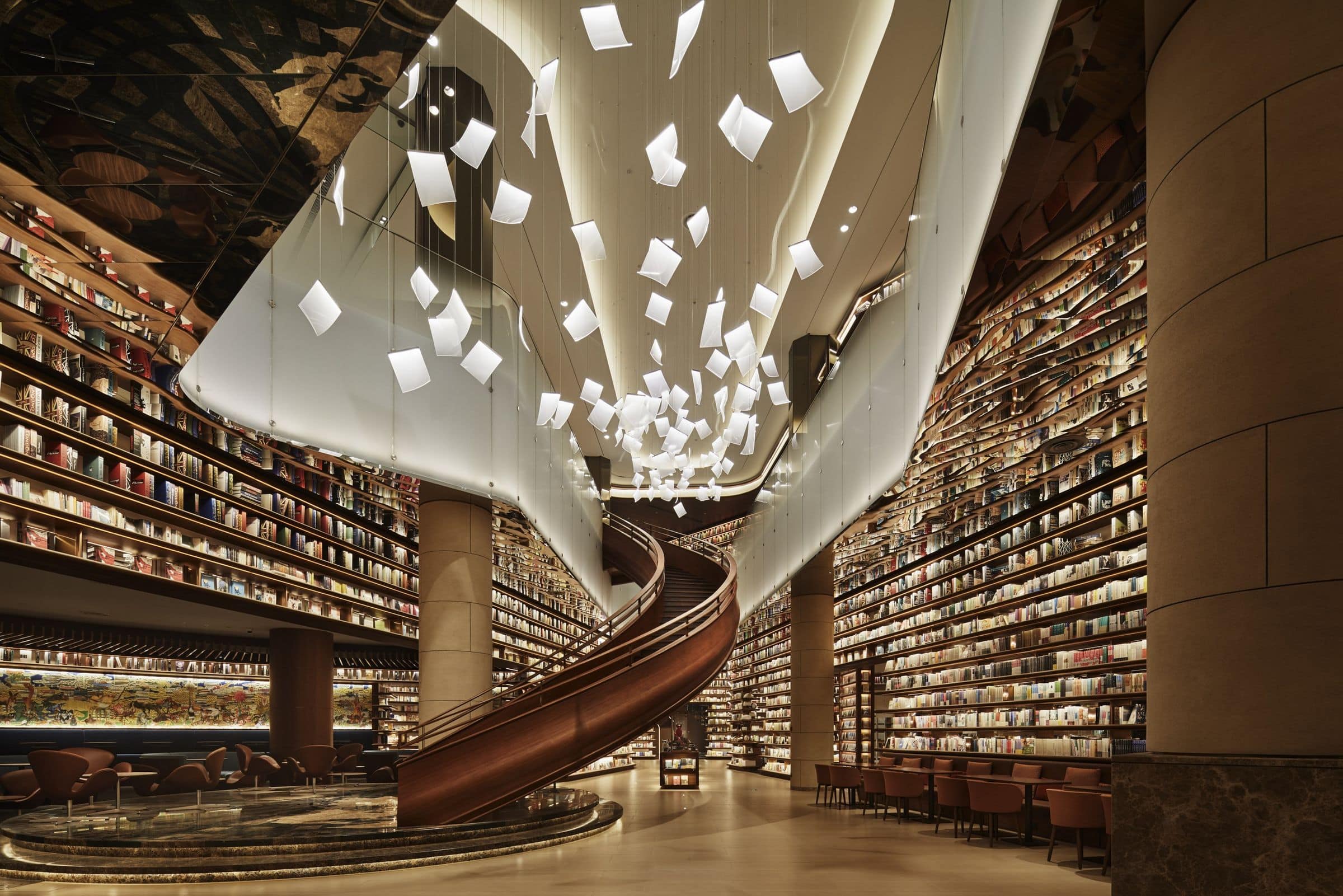 The YJY Maike Centre Flagship is a bookstore and commercial complex occupying 4,500 m2 of an elegant building in the Xi’an Hi-tech Industries Development Zone. The space takes its inspiration from its position in Xi’an, once the center of several important dynasties in ancient China and now the home of the World Heritage Terracotta Army.