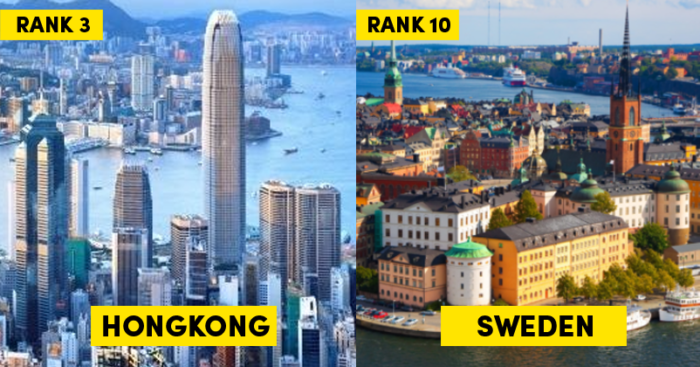 The rankings are determined by sorting the aggregate scores on 10 topics, each consisting of several indicators, giving equal weight to each topic. These topics are, Starting a business, dealing with construction permits, getting electricity, registering property, getting credit, protecting minority investors, paying taxes, trading across borders, enforcing contracts, and resolving solvency.

South Korea has maintained its place of the fifth spot for two years in a row now. The USA jumped up two positions and is now placed at the sixth place. Georgia, United Kingdom, Norway, and Sweden are placed on the seventh, eighth, ninth, and tenth positions respectively.

India has improved in terms of ranking and has jumped from the 77th position in 2019 to the 63rd position this year.

The World Bank Group’s Doing Business 2020 study said, “Sustained business reforms over the past several years has helped India jump 14 places to move to 63rd position in this year’s global Ease of Doing Business rankings. India put in place four new business reforms during the past year and earned a place among the world’s top ten improvers for the third consecutive year.”

Despite the progress, India still has a lot of improvements to make in order to attain a better position in the ranking.