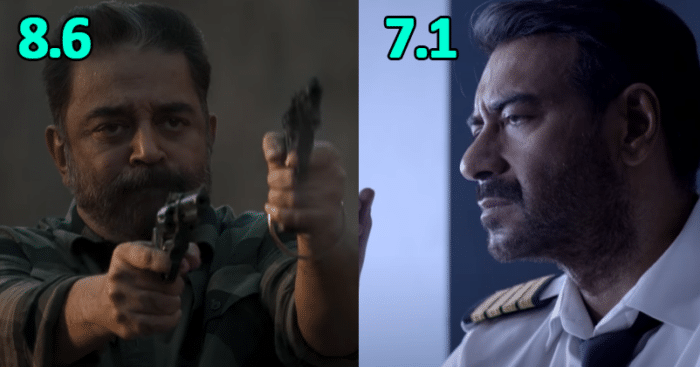 The year 2022 has witnessed some of the best works of the Indian film industry. There have been a plethora of movies that were released in the first half of the year.

While some movies were launched on OTT platforms, many made it to the big screen. And not only did they receive praise for their work but also earned millions in the process. There was plenty of web series that have kept us captivated as well.

Here are some of the most highly rated movies and web series on IMDb for 2022 so far.

Available on Disney+Hotstar, Vikram is a 2022 Indian Tamil-language action thriller film starring Kamal Haasan. It was written and directed by Lokesh Kanagaraj, and produced by Raaj Kamal Films International.

The Kashmir Files is a 2022 Indian Hindi-language drama film written and directed by Vivek Agnihotri. The movie captures the pain, suffering, and struggle of the Kashmiri Pandit community in 1990.

KGF: Chapter 2 was the much-awaited sequel of KGF Chapter 1. Starring Yash, Sanjay Dutt, Raveena Tandon, Srinidhi Shetty, and Prakash Raj, the movie was declared a blockbuster even before its launch.

A Thursday is a 2022 Indian Hindi-language thriller film written and directed by Behzad Khambata and starring Yami Gautam.

Jhund is a biographical sports film based on the life of Vijay Barse, the founder of NGO Slum Soccer.

Runway 34 is a thriller film directed by Ajay Devgn and produced by himself under his banner Ajay Devgn films.

Gangubai Kathiawadi is a biographical crime drama film directed by Sanjay Leela Bhansali and based on the life of Gangubai Harjeevandas.