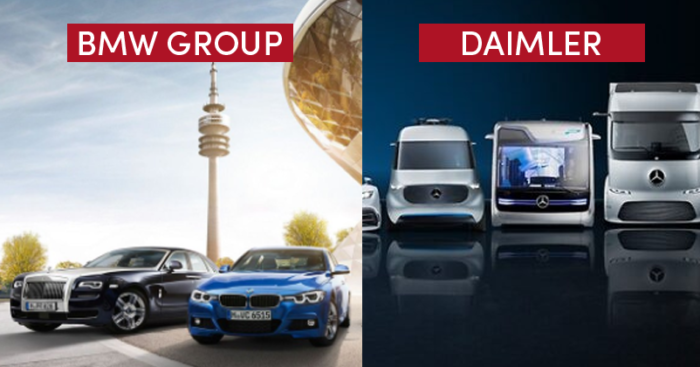 BMW group abbreviated as Bayerische Motoren Werke Group is a German multinational company which produces automobiles and motorcycles BMW group is one of the leading manufacturers of premium automobiles and motorcycles and one of the top car brands in the world. The company traces back its inception in the year 1916 with its current headquarters in Munich, Germany. BMW which is a pioneer in authentic motor-racing functionality with exclusive, sporty aesthetic appeal, In fact, the company has a significant motorsport history, especially in touring cars, Formula 1, sports cars and the Isle of Man TT. According to the recent report, more than 20 BMWs are participating in Formula One. 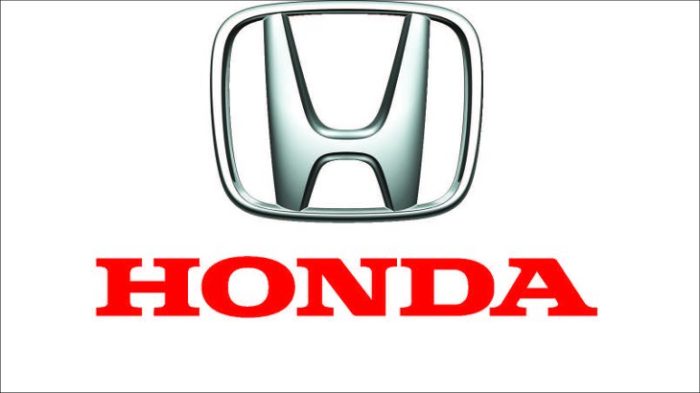 Honda Motor Company is a Japanese multinational automotive and motorcycle company with its presence all around the globe. It is basically a Japanese public multinational conglomerate corporation primarily known as a manufacturer of automobiles, motorcycles, and power equipment. Honda has been the world’s largest motorcycle manufacturer producing more than 14 million internal combustion engines each year. The company deals in automobiles, aircraft, motorcycles, and power equipment and even boasts about running of Honda equipment or vehicles in all seven different continents including Antarctica. Honda is the sixth largest automobile manufacturer in the world behind Toyota, Volkswagen Group, Daimler, General Motors and Ford Motors among Honda had a tremendous journey to being one of the leading manufacturers of the world. Honda Motor became the first car company from Japan to be a net exporter from the United States. Honda has some of the leading car brands and variants selling worldwide, namely City, CRV etc.

General Motors Company, commonly referred to as General Motors (GM), is an American multinational corporation headquartered in Detroit that designs, manufactures, markets, and distributes vehicles and vehicle parts, and sells financial services, with global headquarters in Detroit’s. The company is the largest American automobile manufacturer, and one of the world’s largest.

In 2019, General Motors is ranked #13 on the Fortune 500 rankings of the largest United States corporations. Its core automobile brands include Chevrolet, Buick, GMC, and Cadillac. It also either owns or holds a significant stake in foreign brands such as Holden the Company offers vehicles ranging from electric cars to heavy-duty full-size trucks which talks volume about the firm’s global reach. 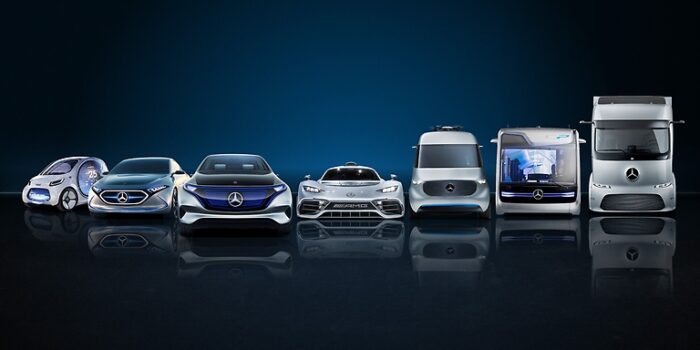 Daimler, commonly known and referred to as Mercedes German multinational automotive corporation, headquartered in Stuttgart, Baden-Württemberg. Daimler is one of the world’s biggest producers and supplier of premium cars and commercial vehicles all around the world. The company has strong presence through Mercedes-Benz passenger vehicles, Daimler Trucks, Vans, Buses and Financial Services the company has its global presence in multiple domains. Mercedes-Benz is also a specialist in all-terrain four wheel drive brands. Mercedes-Benz Cars also sets an unprecedented series of record of increasing its unit sales every month for more than four years – without a break making it 3rd in the top car brands list.

Toyota Motor Corporation is the largest automaker of the world. It is a Japanese multinational firm having a global presence. Toyota is the global market leader in sales of hybrid electric vehicles, and one of the largest companies to encourage the mass-market adoption of hybrid vehicles across the globe. Toyota is also a market leader in hydrogen fuel-cell vehicles. The company operates through more than 50 overseas manufacturing plants spread over 30 countries and regions of the world. The company has reached its 75 years since inception very recently. To celebrate its 75th anniversary, the company has compiled 75 Years of Toyota. Toyota Motors has a commitment towards innovations which help them towards a high performance in Motor-Sports. Toyota also takes initiatives to involve the customers towards the future they dream of. Toyota shows commitment to safety by Introducing the “Integrated Safety Management Concept”.

Ford Motor Company, commonly known as Ford, is an American multinational automaker that has its main headquarters in Dearborn, Michigan. It was founded by Henry Ford and incorporated on June 16, 1903. The company sells automobiles and commercial vehicles under the Ford brand, and most luxury cars under the Lincoln brand. Ford also owns Brazilian SUV manufacturer Troller. Ford Motor Company is an American multinational automaker in the year 1919. Ford emerged comeback story from the Great Recession of 2008 is a model for inspiration. The company achieved this feat through restructuring and re-energizing its business. The company has had the achievement of being one of the companies having the highest sales in US. Hence it has always been of the top car brands globally since its inception.

Nissan is a Japanese multinational automobile manufacturer. The company has evolved itself into a truly global company and has a strong global presence across all continents. The company is involved in the sales and manufacturing of automotive products such as automobiles, trucks and buses as well as other related auto-products. The company sells its cars under the Nissan, Infiniti and Datsun brands with in-house performance tuning products labelled Nismo. The company traces its name to the Nissan zaibatsu, now called Nissan Group. 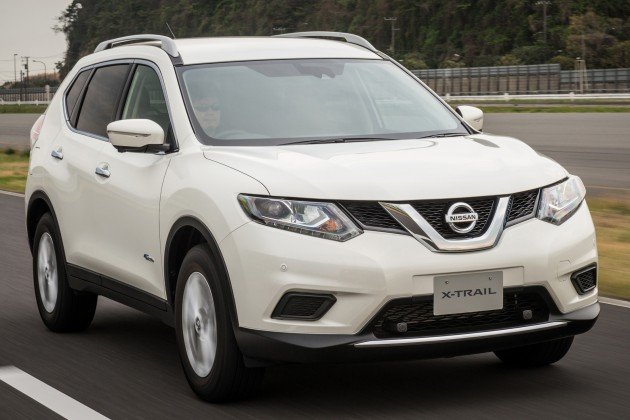 Since 1999, Nissan has been part of the Renault–Nissan–Mitsubishi Alliance In 2013, Nissan was the sixth largest automaker in the world after Toyota General Motors Volkswagen Group. The company’s well known revolutionary products ranges from the 100% electric Nissan Leaf to the super-performer Nismo. The company is also heavily investing in a portfolio of “green” technologies which includes clean diesels, efficient internal-combustion engines and hybrids. The company also gives a special focus on producing zero-emission vehicles, such as electric cars and fuel cell vehicles. Nissan is also known for its operations by forming strategic alliances. Nissan motors are among the top car brands in the world. 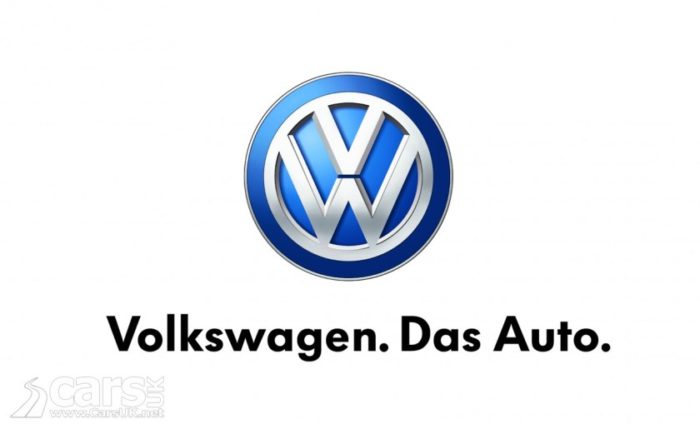 Volkswagen Group is the second largest manufacturer of the world with its headquarters in Wolfsburg. It designs, manufactures and distributes passenger and commercial vehicles, motorcycles, engines, and turbo machinery and offers related services including financing, leasing and fleet management. The group consists of two divisions: the automotive divisions and the financial services divisions. The automotive divisions further comprise of the passenger cars, the commercial vehicles and the Power engineering business areas. The vision of The Volkswagen passenger cars is “Moving people and driving them forward”.. The company has launched its “TOGETHER – Strategy 2025” future program in order to transform its automotive core business and will among other things be launching a further 30-plus fully electric cars by 2025.

Often abbreviated as FCA, Fiat Chrysler Automobiles is an Italian-American multinational corporation and is the world’s eighth-largest auto maker. It is one of the leading car brands in the world. The company engaged in the designing, engineering, manufacturing and selling of vehicles and related parts and services, components and production systems. In 2014, the company was formed by bringing together Fiat and Chrysler into a new holding company, Fiat Chrysler Automobiles. The list of brands that the company works with are Alfa Romeo, Chrysler, Fiat, etc the parts and service brand. Fiat Chrysler Automobiles also engages in the mass production of self-driving vehicles by collaborating with Waymo which is referred to as the first-of-its-kind collaboration.

SAIC Motor Corporation Limited (SAIC, formerly Shanghai Automotive Industry Corporation) is a Chinese state-owned automotive design and manufacturing company headquartered in Shanghai, with multinational operations. SAIC Motor Corporation Limited is the largest Chinese automaker enlisted in the Fortune 500 Global list. Its manufacturing mix is not wholly consumer offerings, however, with as many as one million SAIC passenger vehicles being commercial vans. The company has made to the elite list twelfth time in a row, reflecting on the company’s ever-expanding business. The company is also considered as belonging to the “Big 4” Chinese top car brands owned by the government .The company also operates through many joint ventures with renowned brands. Along with VW, SAIC has sold more than two million cars in China alone. SGMW maintained the first place in the sales market of vehicles in China and successfully broke into Top four companies with the largest sales volume of passenger vehicles in the domestic market.