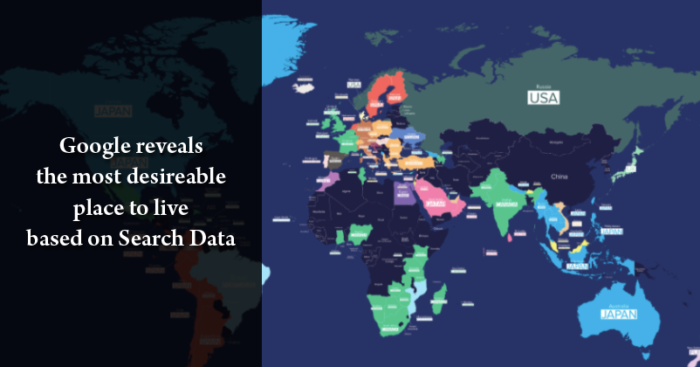 According to the recently released Google search data, the Great White North is stated as the most desirable place to live on the planet. Canada has become the most desired place where people around the world want to live and relocate to.

As reported by Remitly, there has been a 29% spike in Google searches globally on ‘how to move abroad’ from January to October of this year. Canada has topped the wish-lists of 29 other countries. 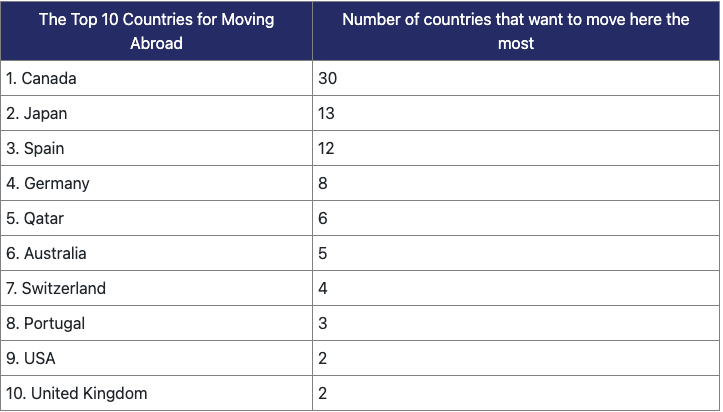 Canada has been featuring in the Global Peace Index as one of the safest places to live. Apart from that, the country has always maintained low unemployment rates alongside a high amount of immigration options. Above all the country has always been welcoming to foreigners and which has made it even more appealing.

Canada has also emerged as the second most popular destination for Europeans wishing to move overseas, including those from France and Belgium. For Indians, Canada is the first choice as per the report.

What is interesting to see is that as per the report, while Canada came out as the most desirable place to move to, Canadians have been wanting to move to Japan. Lika Canada, Japan also has stunning scenery, safety, and a vast array of job opportunities.

Here is a detailed image as shared by Remitly as to which country prefers which. 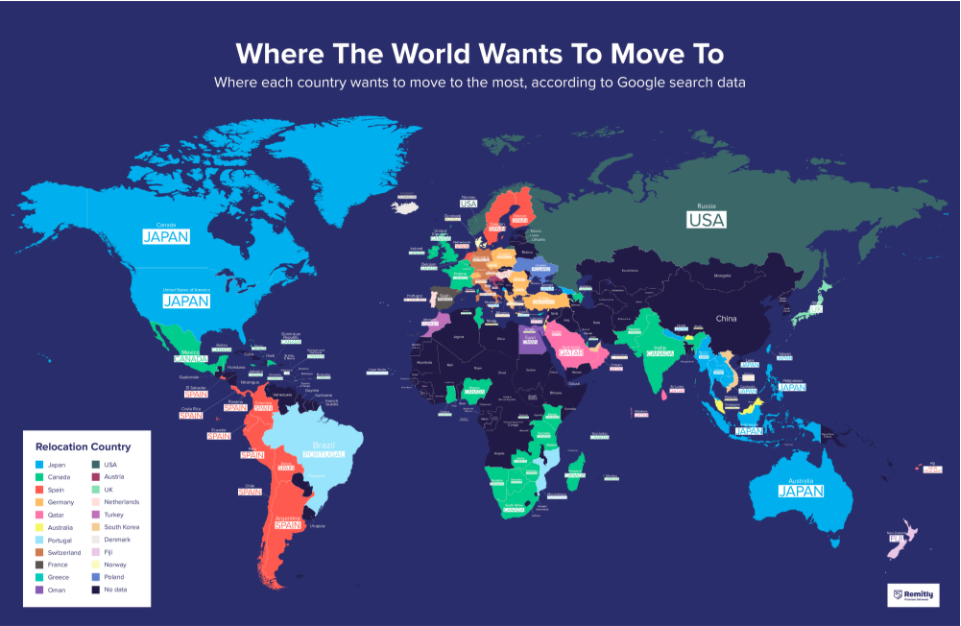 European searchers, however, revealed that the most popular relocation destination for them is Germany, which topped the list for eight countries within the continent. The benefits of the country include its excellent universal healthcare system, a thriving economy, fantastic public transport, low crime rates, clean environment, and excellent job opportunities.