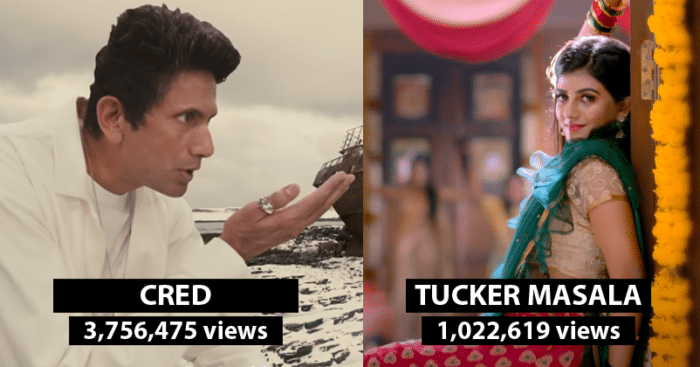 Brands use social media platforms to introduce new products and services. Out of all, Youtube is the one platform where the ad campaigns are posted on the go. Since the platform enjoys a huge user base, it becomes easier for brands to leave a mark on a larger demographic.

The YouTube Ads Leaderboard showcases the top ads that people choose to watch each month.

As per its latest findings, these are the top 10 ads that had the most impact on its viewers in the month of May.

Taking the creativity bar up a notch, CRED launched the most catchy ad campaign. The ad features the iconic Indian cricketers from the 90s as a boy band and the lyrics are too fun. The song is dedicated to all those Gen X and anyone born after that might need to talk to their parents.

The ad features Venkatesh Prasad, Maninder Singh, and Javagal Srinath. Do watch the amazing ad for yourself to witness their magic once again.

Bigg Boss 14 fame Jasmin Bhasin & Aly Goni can be seen pairing up for Wow Skincares’ Ubtan mix. In the ad, Jasmin is all-praise for the naturally made Ubtan Mix and explains to Aly how it makes her think about the time her mother would make the same for all her skin problems.

Vivo India has launched its latest VivoV21 in this ad campaign. With a 44MP Night Selfie camera feature, the latest gadget is sure to make your every selfie ‘Picture Perfect’.

Spreading awareness about the health protocols put in place at Dominos, this ad tells its customers how it is completely safe to order from their favorite pizza chain.

Tripur based Tucker Masala has launched its latest upbeat jingle which has received a lot of applause from the viewers.

On the occasion of Mother’s Day this year, HDFC bank launched an ad campaign putting a smile on every mother’s face. ‘In these testing times, there is no better gift to a mother than letting her know that her child is healthy and safe,’ says the caption on the ad.

Proud of your roots, trying to act cute, or the guy whose parents are coming home, Xiaomi is asking what kind of a guy are you? Xiaomi has launched the Mi Beard Trimmer for all kinds of styles.

Xiaomi’s new Mi Robot Vaccum-Mop P was launched in India. The ad features Biswa Kalyan introducing the product in his own quirky way.

ISUZU V-Cross BS 6 was launched in the latest ad campaign. The ad shows an investment banker goes on an adventurous trip with his family and shows how easy and fun it is to drive even on difficult roads in the new ISUZU V-Cross BS 6.