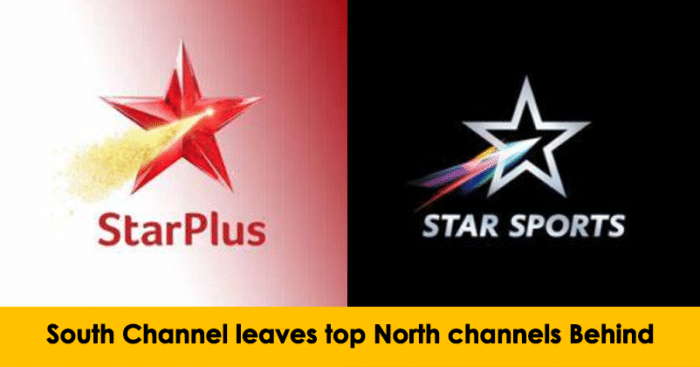 Television channels have been working really hard to keep the highest viewership. With people spending more time in their homes, it has given the channels a chance to bring out more and more content to keep people hooked

Broadcast Audience Research Council (BARC) India has recently launched their weekly report ranking the top Indian channels according to their AMA ’000 (Average Minute Audience in ‘000s). AMA ’000 is the weekly impressions that these channels have had in the said period.

Sun TV took the lead all over India as the number 1 channel with 2643.56 weekly impressions (AMA’000). Star Sports 1 Hindi followed the lead and stood at the second spot with 2492.79 (AMA’000). This could be credited to the ongoing IPL matches. 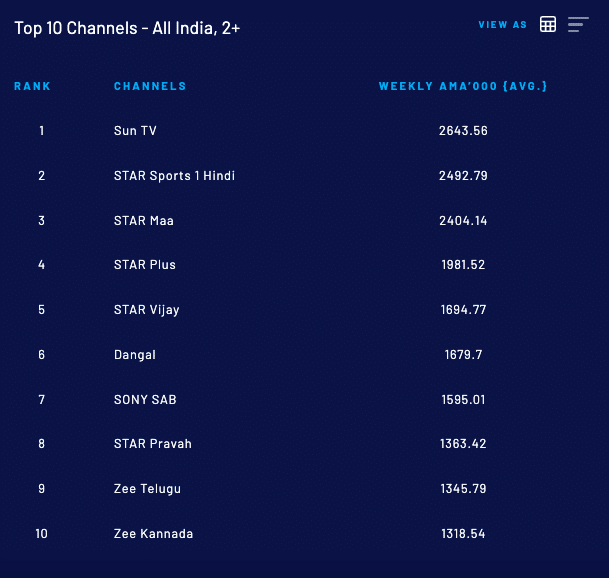 When it comes to Hindi Speaking Market, Start Sports 1 Hindi topped the charts with a weekly score of 2447.57 (AMA’000). With the ongoing IPL 2022, Star Sport 1 was expected to be on number one spot.

Star Plus, Danfal, Sont SAB, and Star Pravah were the top 5 channel in the hindi speaking market for the week. 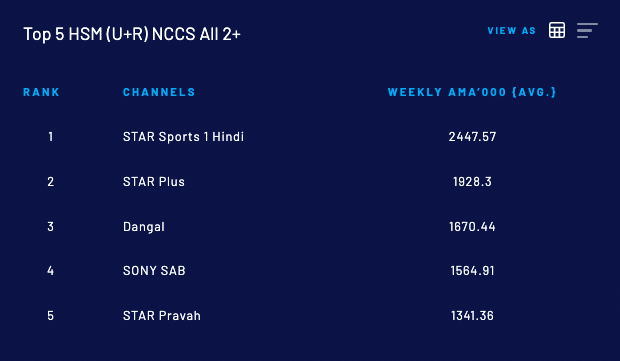 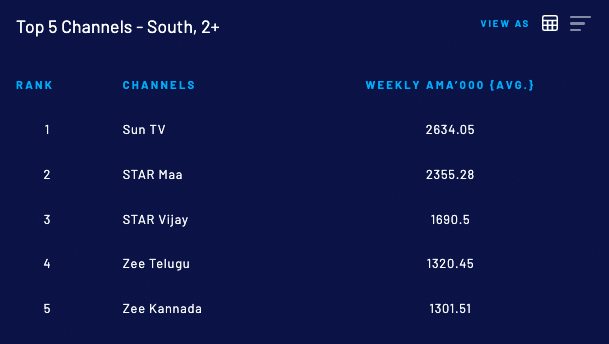