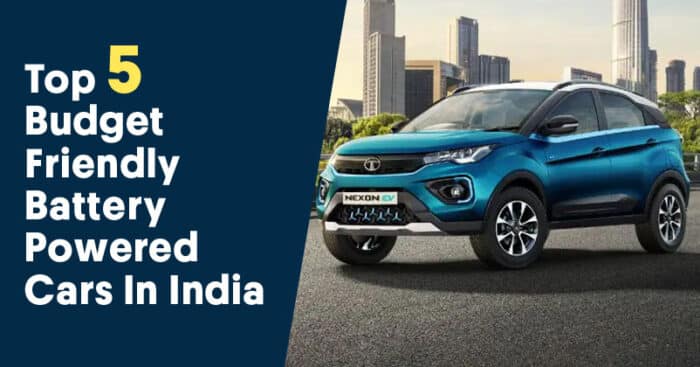 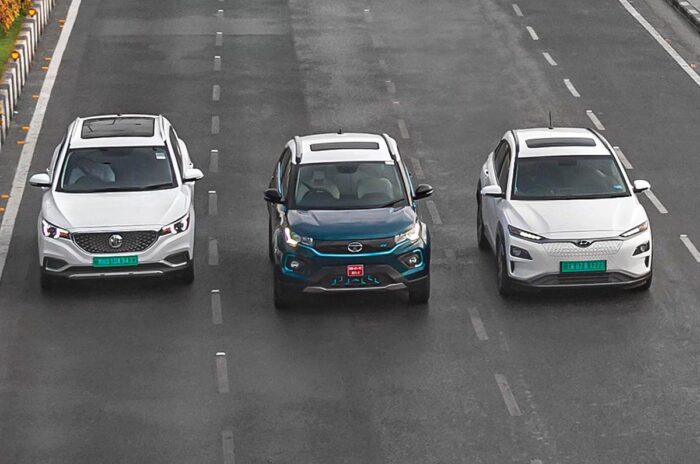 Electric cars are gaining massive recognition globally. With not just personal passenger vehicles, but also public transport, like school buses and transit buses going the electric way. Increasing emission rates and steep increase in fuel prices have driven the need for battery operated cars. Also, there are quite a few benefits of these. To list a few, there are, saving the climate and helping fight climate crisis, having lesser carbon footprint, ease in charging and so on. India too has recognized these benefits and is experiencing an increasing availability of battery-operated cars. Auto giants in the country are trying to gain foothold over this newly established market. But as much as the reasons listed above are considered, the spending power of a consumer needs to be given weightage too. To tap this market, a few automakers are rolling out models, that serve multiple purposes and are budget-friendly too. Let’s take a look at some of them.

MG ZS EV
With a five-seater capacity, and a five-year warranty, this car was launched in two variants-Excite AT and Exclusive AT, priced at 21 lakhs and 24.6 lakhs respectively. With its 44.5 kWh 394 V lithium-ion battery, the car can be charged from 0 to 80% in less than an hour using a fast charger. Also, the charging cost is significantly lower than similar fuel powered SUVs over a period of 5 years. The range of this car is 419 kms.

Hyundai Kona Electric
One of the first electric cars to be launched in the country, this car can be charged from 0-80% in 57 mins. This car offers various driving modes to optimise torque distribution. The range is a massive 452 km and is priced around 24 lakhs.

Mahindra E-verito
Launched in three variants, D2, D4 and D6, this sedan with a seating capacity of 5 has a range of 110 kms. Armed with a 288ah Lithium Ion battery and a 72V 3 Phase AC Induction Motor, the car takes 90 mins to charge upto 80% via fast charging.it is priced from 12.95 lakhs onwards.

Tata Tigor EV
The newest electric car in to be launched in India, this mean machine takes you from 0-60 kmph in less than 6 seconds. Launched in 3 variants- XE, XM and XZ+, the car is priced from 12-13.2 lakh. It is a five-seater compact sedan.