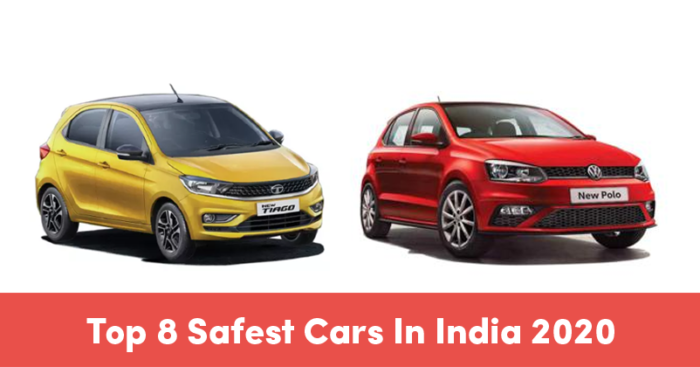 Did you know that there is a meter to assess the safest cars in the world? An agency called the Global New Car Assessment Program does the needful and has declared 38 cars produced by Mahindra & Mahindra and TATA Motors as the safest from India!

Thinking of buying a new car soon? If it’s for the family, here’s our top 8 pick,

This model got a 4 star rating, while the ones released after 2018 December got 5 stars! The protection offered by this car ensures that the driver and passengers head to neck are safe and the rating speaks for a lot.

This is the safest Indian car as noted by the agency. The adult occupation received five star protection while the child occupancy offered 4 stars. There is enough head, neck and chest protection offered for everyone.

This car received a 4 star protection rating, with an additional FWF feature for the child occupancy, ensuring that enough forward movement was restricted in case of a sudden jerk.

This model has a four and a half star rating, with enough adult occupancy and a child occupation status of ISOFIX that prevents immense impact on the head and neck.

Toyota released this five seat hatchback model, that comes with airbags in the front to ensure adult and child safety. It got a rating for four stars for adult occupancy and 2 stars for child occupation safety.

This compact SUV has been rated four stars for adult safety, and 2 stars for child safety. While the head and neck were safe, the chest area was partially protected.

Tata Motors launched this model in the Auto Expo 2014. It also received a 2 star rating for child occupancy and 4 stars for adult occupation. The child seat did not prevent excess damage, making it a tad bit unsafe, while enough head and neck protection was offered to the driver.

The German manufacturer, Volkswagen, released this beast that offers compact safe and adequate protection for adults as well as children. In the case of the child occupancy, excess forward movement is prevented by manifolds, ensuring that this 1975 model lasts for the longest time