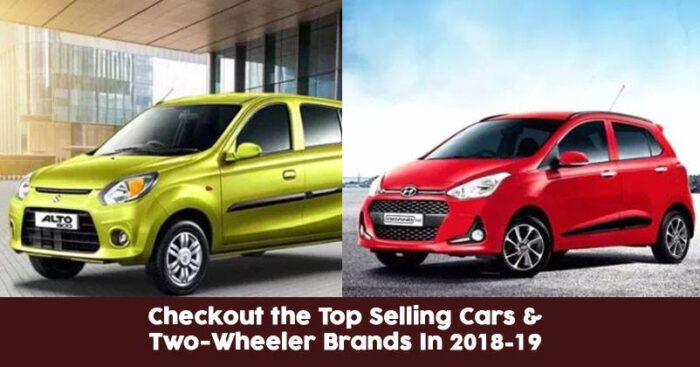 Holding a record for 13 consecutive years Maruti Alto lost to Maruti Suzuki Dzire in the run for India’s number 1 selling car in the calendar year 2018. But to everyone’s delight, the car successfully managed to take its place back in the FY2019.

As per a report released by Society of Indian Automobile Manufacturers, the Indian automobile industry produces different types of vehicles which are Passenger Vehicles, Commercial Vehicles, Three Wheelers, Two Wheelers, and Quadricycle.

Maruti Suzuki who dominates the Indian market with it’s market share of 54% secured 7 positions including the best selling car 2019 in the top ten most selling cars in India. While Alto was the undefeated champion, Dzire, Baleno, Vitara Breeza and WagonR of Maruti Suzuki secured their spots in the top 6. Whereas, Hyundai’s Elite i20, Grand i10, Creta stood seventh, eighth and ninth respectively. The tenth spot was again Maruti Suzuki with Celerio.

HSMI has probably suffered the worst downfall in India since its establishment. However, with easy cab services and people inclined more inclined towards choosing four-wheelers, the two-wheeler sales have been on the decline in India overall.