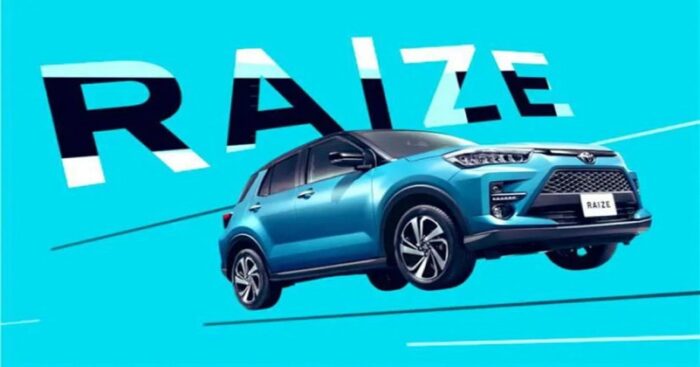 Ahead of its official scheduled world premiere, Toyota‘s upcoming SUV Raize‘s first look has been leaked. The official premiere is set to take place early next month.

The Raize is Toyota‘s version of the Daihatsu Rocky, which was recently showcased at the 2019 Tokyo Motor Show. While there are a lot of similarities, the Toyota Raize gets unique styling cues too, that does help it differ from Daihatsu to some extent. 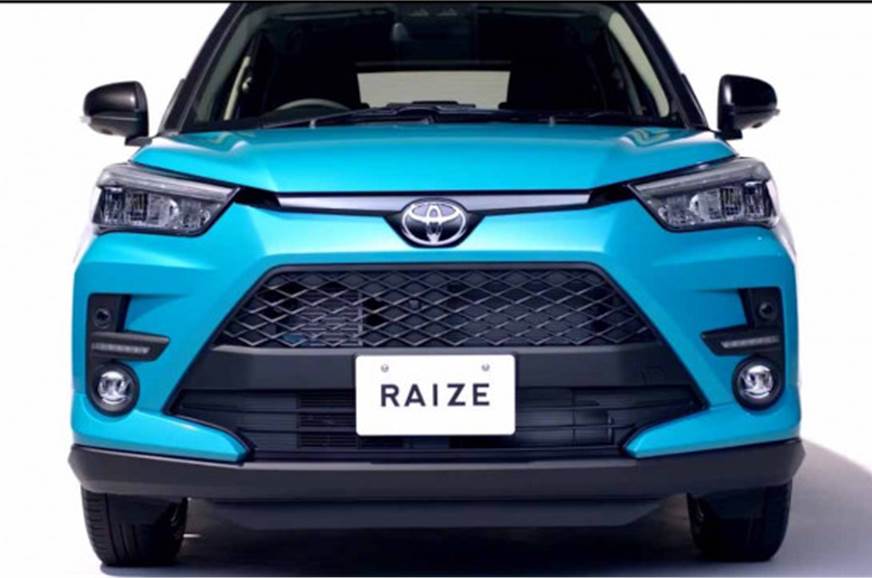 Toyota Raize is based on the DNGA platform, which is a low-cost version of the TNGA platform.

On the inside, the Raize will share Rocky‘s dashboard design replete with faux brushed-aluminum bits on the AC vents and steering wheel. It’s will get a driver-centric cockpit-like center console along with a freestanding infotainment screen, which seems to be an 8.0-inch unit. The model is also to share the same three-spoke steering wheel as Daihatsu.

It has a wheelbase of 2525mm, which when put into perspective, is longer than the Maruti Suzuki Vitara Brezza, Tata Nexon and the Hyundai Venue.

Under the hood, the Toyota Raize will be powered by a 1.0-liter turbocharged petrol engine that develops 98bhp and 140Nm. It will be initially offered with a CVT, while a six-speed manual transmission will be available at a later stage.

Gearbox choices would include a CVT initially with a six-speed manual to be added later.