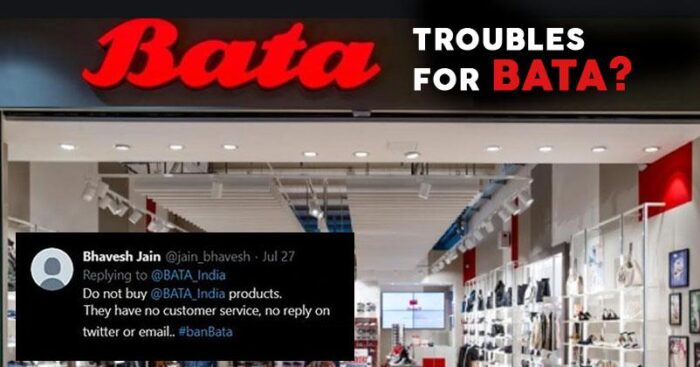 All of us wear footwear. But for a lot of us, when we talk about shoes (mostly in the middle-class families), the first name that pops up in our heads is BATA. Well, every brand has its own story which, own struggles and own excuses.

Of late, the customer service of BATA India has been on the downhills, and we observed plenty of negative reviews about all over the internet. Here’s a close dig on what really happened with one of the most favourite footwear brands – BATA!

Bata India is the largest retailer and leading manufacturer of footwear in India and is a part of the Bata Shoe Organization. Bata’s smart looking new stores supported by a range of better quality products are aimed at offering a superior shopping experience to its customers.

The Company promises to serve its customers with a lot of values:
1. Serve with Passion
2. Count on Them
3. Exceed Customer Expectations

But do they really fulfill their own made promises? Customer feedback actually gives a totally opposite idea.

Here’s what our survey said:

In a few surveys, it was found that Bata reviews were really disappointing. Here are a few glimpses:

A customer in his feedback told how he had bought a pair of show 3-4 months ago. It looked attractive and mesmerizing event though it was not that comfortable but satisfactory according to the price. But after wearing it for a month or so the colour of the shoe started fading day by day and then after another month it just got completely discoloured.

The customer also compared it with a roadside brandless shoe and explained how satisfactory it was then the Bata shoes.

Another customer in its feedback gave the term BATA a new meaning – ‘Buy and Throw Away.’ – Well, that was a bad hit! Bata you gotta do something or else you are going down teh drains.

And another customer called BATA products as “Waste of money”.

Not only that, when reviewing Bata India’s Twitter Handle, negative comments could be easily found. A tweet saying, “Do not buy @BATA_India products. They have no customer service, no reply on twitter or email. #banBata” 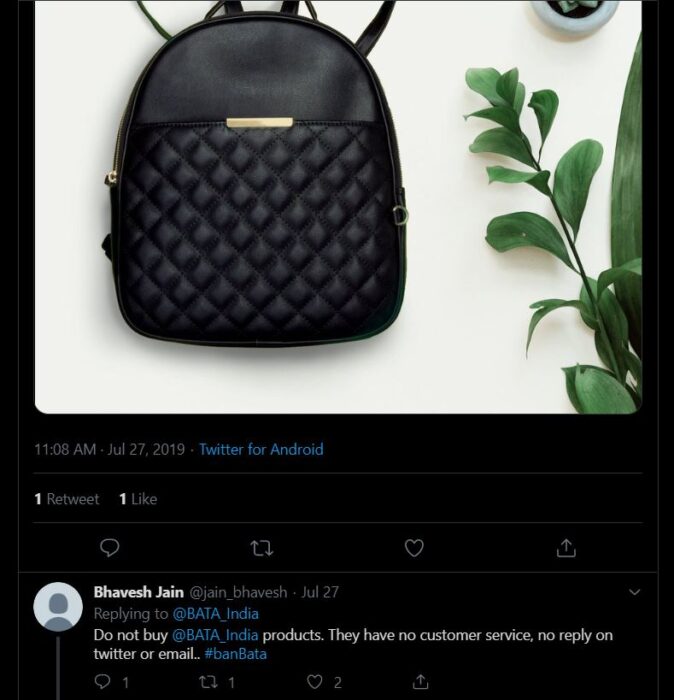 There’s another tweet saying that he hasn’t received the product and asking the reason for this delay. 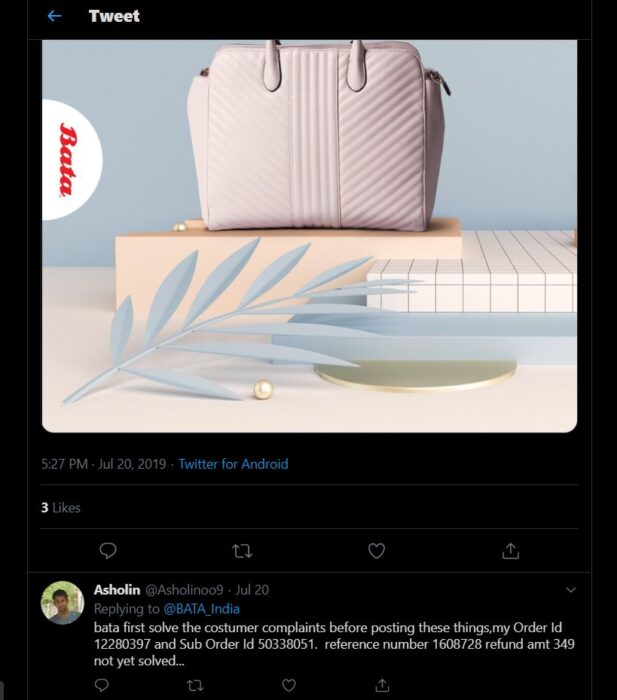 The whole of Twitter is filled with complaints against the product quality and especially the customer support offered by Bata India. This the original Bata India which is actually faced by the common mass, away from the advertisements that are created to blur our vision.

It’s high BATA India must start looking into these matters very closely or else fasten up their belts to face a big loss. Although the reasonable price and exclusive products have been its USP, if this quality issues and bad customer services continue to prevail, bad days are not very far Bata India.

Bata India needs to define certain important steps in order to regain the trust and support of its customers or else this is going to get a worse sooner or later.