Football is one of the most popular games of the world. But the men’s popularity in the game is much more than the women’s. Exactly the reason why UEFA started a campaign to increase popularity of Women’s Football in Europe. It will also help to attract sponsors for the women’s football encouraging more girls to come forward and hit the ball.

You will be surprised to know that Women’s Football is the most prominent sports played in the world but its nothing compared to the game’s male counterpart.

The campaign is named as ‘Together #WePlayStrong”.

What Is The Video About

The video is all about motivating and inspiring young girls to play football. The campaign ad is created by FCB Inferno. The ad gets more captivating because of the song playing in the background. It starts off showing a girl who joins to play the game, keeps on practising on streets and then one day plays in the stadium. It basically marks the journey of every girl from nowhere to their dreams. Dream big and play big and fear nothing.

Glimpses From The Ad

Keeping in mind the popularity of Europa Champions League and it’s number of viewers, the ad was shown during Real Madrid and Juventus finals. A social media campaign will follow soon where 55 National European Association will support the whole cause. They will come up with Media influencer and also try to robe in popular faces in the game to attract more audience.

This is the first time UEFA has made a separate campaign for Women’s Football. 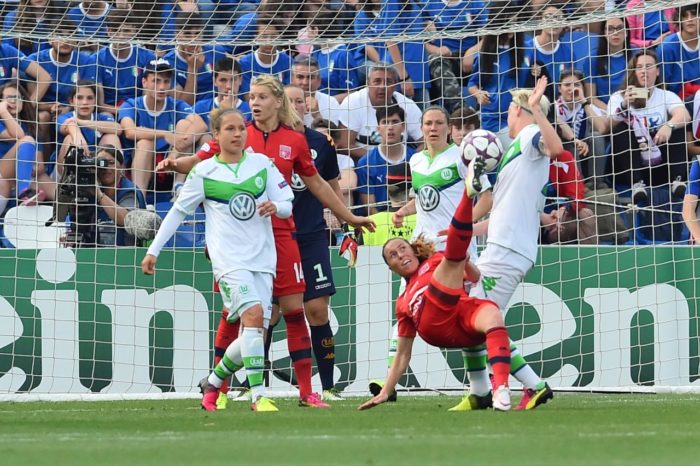 “Maybe we didn’t go hard enough on pushing the women’s game in the past, but now all the puzzle pieces have come together and we’re ready to really invest. The support is coming from the very top of UEFA. The message we’re telling brands is that this isn’t just about eyeballs and engagement, but embracing and creating a social movement. That if you join up now then maybe in three or five years time you’ll be very happy that you were one of the first. If football feels overcrowded then the women’s game is also a unique opportunity to really be seen.”