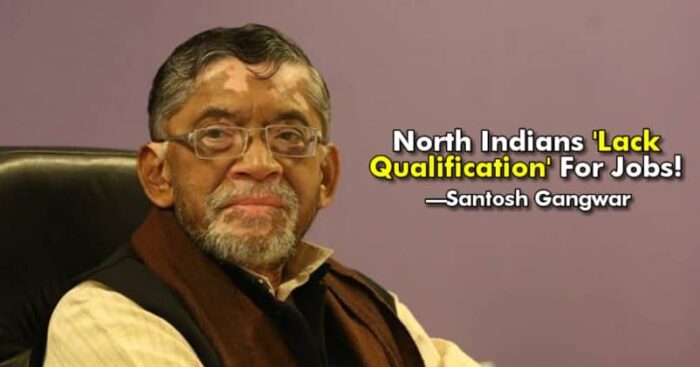 India‘s Union Minister, Santosh Gangwar, has recently made some bizarre comments. During a recent press conference in Bareilly, Gangwar said that there is no lack of job opportunities in the country.

He further added that it is rather ‘lack of qualification’ among the north Indian candidates which is the cause of growing unemployment.

In a statement given at the press conference, Gangwar said

“I want to say that there is no dearth of job opportunities in the country. Those who come for recruitment in north India often complain that they are unable to find the quality in candidates required for the post they are hiring for”

Gangwar further added that he looks after the Ministry of Labour and Employment and monitors the situation on a daily basis. He then went on claiming that there is no dearth of employment in the country & that the government have employment exchanges for a purpose and have also developed a separate system.

His statement came at a time when India’s GDP had slumped to a seven-year low of 5% in April to June quarter from 8 percent a year ago. The economic slowdown coupled with unemployment has raised concern among economists and politicians who are holding center responsible for it.

But only a day after his scandalous statement, Gangwar, tried to offer an explanation for his remark.

“What I had said was in a different context. I said that there is a lack of skill and our government has started the skill ministry and we are giving skill training to the youth.”

As per official data on the jobs, Govt. has admitted that jobs are less, and the unemployment rate is quite high.

As per a June report, unemployment in India has breached 40-year-old record, as the unemployment rate hit 6.1% as per country’s first periodic labor force survey (PLFS) for July 2017-June 2018.

What are your thoughts about the issue? Do share with us in the comments below.