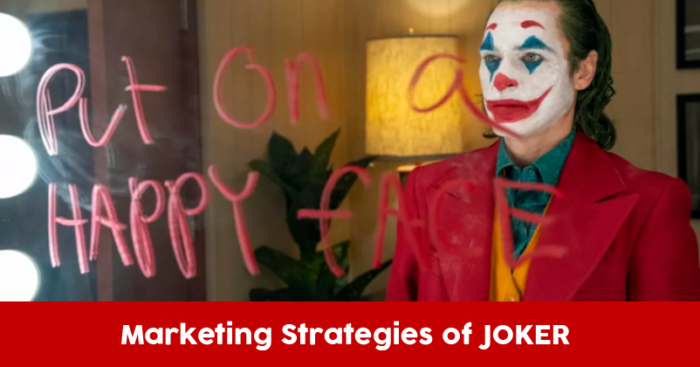 Why So Serious? by Warner Brothers to promote the Batman film – The Dark Knight. The campaign was launched around 15 months prior to the release of the film and witnessed participation from millions of enthusiasts from across the world. The campaign revolved around ‘The Joker’ one of the characters of the movie and was set in the fictional Gotham City. The underlying theme of the movie Good Vs Evil was very much evident all throughout the campaign.

The campaign started with some teasers followed by campaign for the district attorney of Gotham City in which Harvey Dent was contesting. 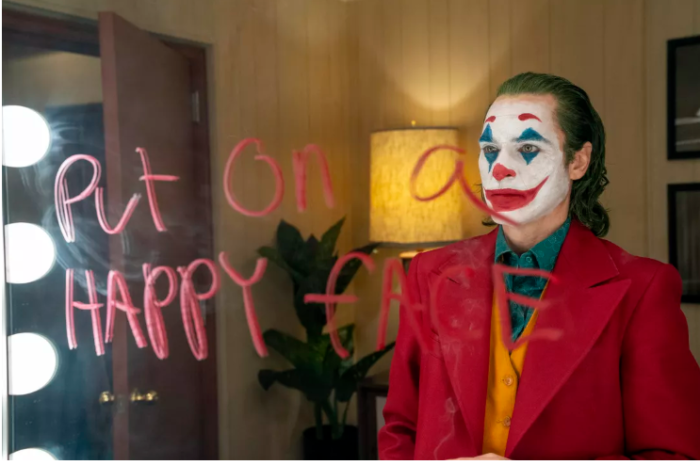 The introduction of The Joker followed quickly, and from then on, the participants were engaged in games and scavenger hunts through clues and were also rewarded from time to time, not only materially, but also in the form of posters, teaser trailers, memorabilia, participation in the events related to the movie, and finally tickets to the movie. These activities helped in sustaining the interest of the audience in the movie and also in the ARG. 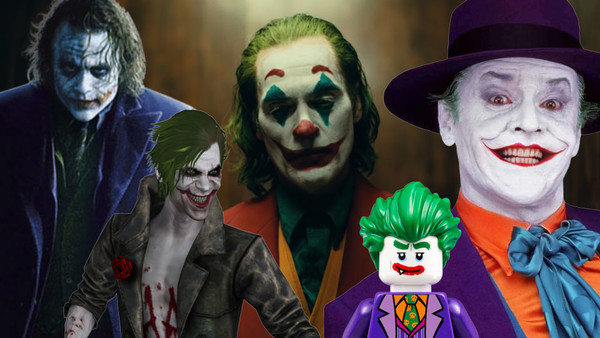 The ARG was highly successful and helped in establishing a connection between the previous Batman movie, Batman Begins and The Dark Knight. The campaign ended from where the film took off. The success of any ARG is measured through user content and the Dark Knight ARG resulted in thousands of blog posts, Google searches, websites and participants. The success of ARG translated into the success of the film, and it went on to become one of the few films to gross over US$ 1 billion in box office collections.

Plot of the Movie

Phoenix plays Arthur Fleck, an aspiring but failing stand-up comedian in Gotham City circa 1981. Unable to fullfill his dreams and seemingly held down by a society that refuses to accept him for who he is, he makes a meager living standing on the sidewalk dressed as a clown and promoting a local business. When the injustice he feels he’s subjected to finally causes him to crack he becomes Joker, inspiring others who feel like him to rise up against the powerful in Gotham.

One of the Poster’s of the Movie showcased Arthur and Joker as opposite faces on a Playing Card while the other showcased Arthur’s face painted like a Clown and the paint smudging all over his face. 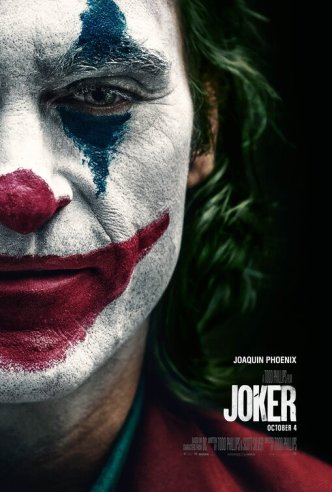 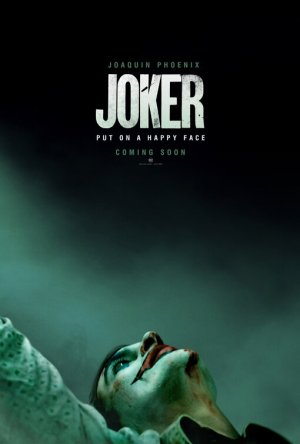 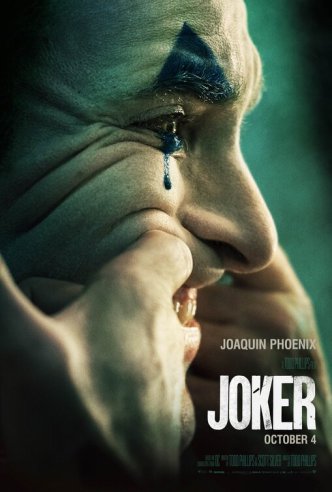 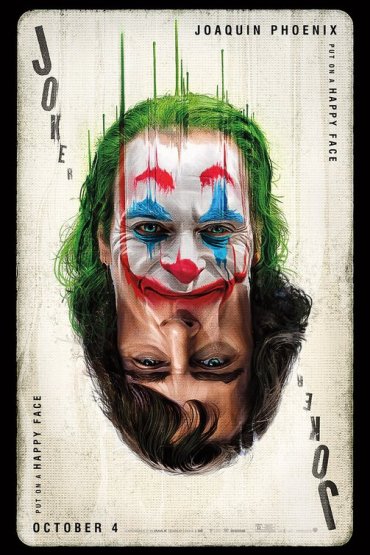 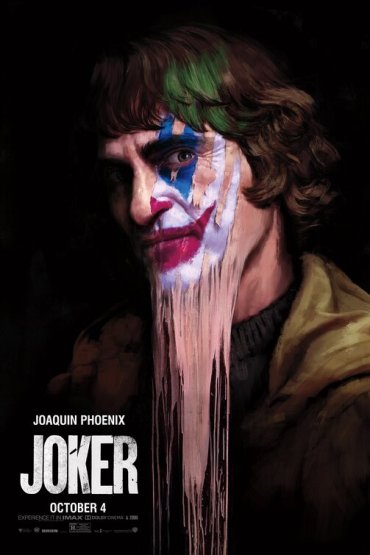 Another poster showcased Joker dancing on the Stairway a scene similar to the Trailer of the movie itself.

The Teaser Trailer came out in April and gained Millions of Views on Youtube, The trailer showcased Arthur in some kind of therapy but on the other hand, it shows how his Mother always knew that he’d bring Joy to the World and thus he should put on a happy face. As the trailer proceeds, we see him working on the Sidewalks as a Promotion’s Guy, who is being ignored and beaten up by Bullies. The theme of a Forced Smile is thus reflected over here, How he pulls the corner of his faces with his fingers. The Violence he suffers is showcased repeatedly throughout the Trailer.

The Official Trailer was released in August the time when the Film was being premiered at the Venice Film Festival. In the trailer, Arthur is shown as a deeply unhappy man, though he’s presented as someone who’s simply misunderstood and unappreciated. “All I have are negative thoughts,” he says to his therapist.

An aspiring stand-up comic, he’s mocked by a late-night talk show host, something that sets him on a path to change his life. He becomes fixated on clown masks and paint until he appears on that same talk show and insists on being referred to as “Joker.” 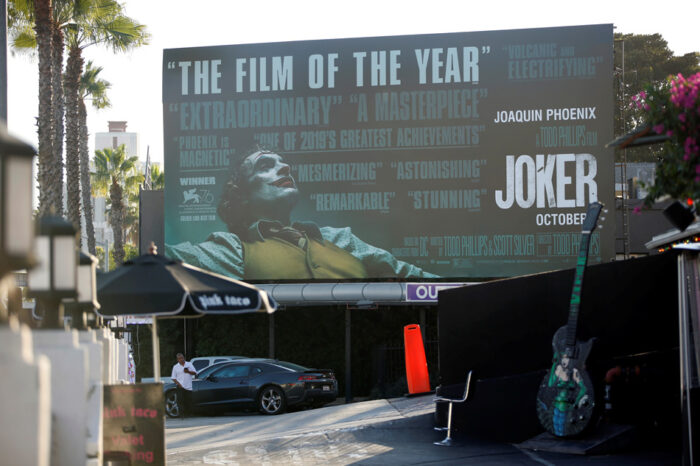 Announcements came in late July the film would screen at both this year’s Toronto and Venice film festivals, the latter of which featured what was reported to be an eight-minute standing ovation from audiences at one presentation. The news came in mid-August that Phoenix would receive the TIFF Tribute Actor Award while at Toronto. The movie went on to win the Golden Lion at Venice while accumulating numerous very positive reviews out of both festivals. A screening at the New York Film Festival organised in August that included a Q&A with Phillips.

Outdoor and online ads used elements of the key art, including an image of Joker with his arms outstretched, seemingly taking in all he’s created or is about to destroy. Preroll video ads were placed on YouTube that used cut down versions of the trailer.