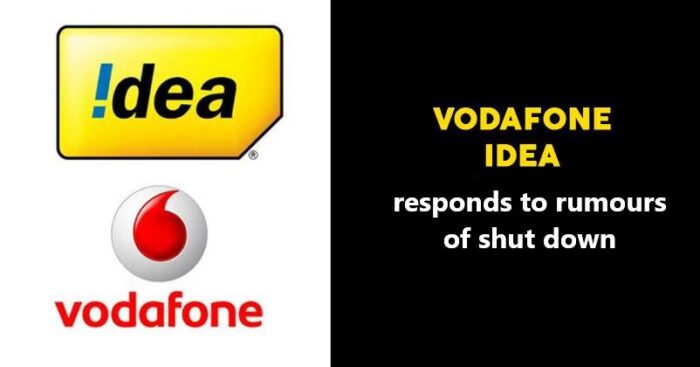 Vodafone is here to stay!

Only recently rumors about telecommunication giant Vodafone winding up its business in the country surfaced everywhere taking many by a surprise but the company recently in its statement confirmed that it’s here to stay!

It was being reported earlier that Vodafone, may shut its operations in India due to losses however the company called it nothing but a baseless rumor.

“Vodafone is aware of the unfounded and baseless rumors circulating in some of the Indian media that we have decided to exit the market. We would like to categorically state that this is not true and is malicious,”

Vodafone Group said in a statement.

“Vodafone is actively engaging with the government and we are fully supportive of our local management as they continue to manage our joint venture in these challenging times,” it added.

As per news agency IANS and it’s reports the reason for Vodafone’s exit is it’s mounting operational losses and declining market capitalization which is adversely affecting the balance sheet of Vodafone-Idea.

Vodafone India and Idea cellular announced their merger back in March 2017 but things aren’t going well for the combined entity with shrinking revenue and gross debt of Rs 1.2 trillion as of June this year.

Other than that the telecom operator is also losing subscriber base every month. Despite witnessing higher data consumption on its network and signing up more 4G subscribers, the network has posted a loss of Rs 4,873.9 crores in the June quarter. The financial stress on Vodafone-Idea may worsen as the company has been ordered by the Supreme Court’s AGR judgment to pay around Rs 28,309 crores.