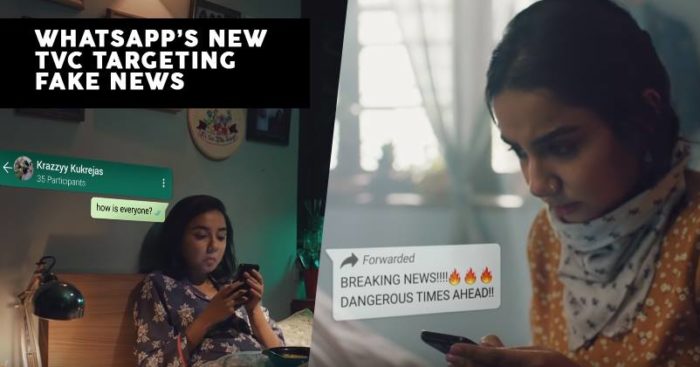 WhatsApp is one of the most popular messaging platforms that the world has today. Its easy, convenient and people are well versed with it. WhatsApp has been continuously adding features and enhancing the platform for better user experience. Since the medium is fast, people for spreading rumors also have used WhatsApp a lot many times. In a rather unusual approach, the messenger app is using advertising as a means to teach people how to and how not to use the platform. The exercise that started on print and radio has now come to the television as well. And in their first attempt on TVC, the company has gone ahead and launched a set of 3 videos with a campaign ‘ Share Joy, Not Rumours’

The ads have been conceptualized by Taproot Dentsu and were executed by Oink Films.

As per recent media reports, WhatsApp is believed to face tremendous pressure from the Government of India to take steps towards curbing fake news and rumour mongering on its platform. To address this issue, WhatsApp introduced a new set of features like labeling the forwarded messages as ‘forwarded’ and limiting the forwards to just 5 people at one time.

The company says that ‘Share Joy, Not Rumours’ is a step towards educating people and not just a brand campaign.

WhatsApp released full-page print ads in many national newspapers. The ads were a simple list of dos and don’ts for the users to understand the platform. 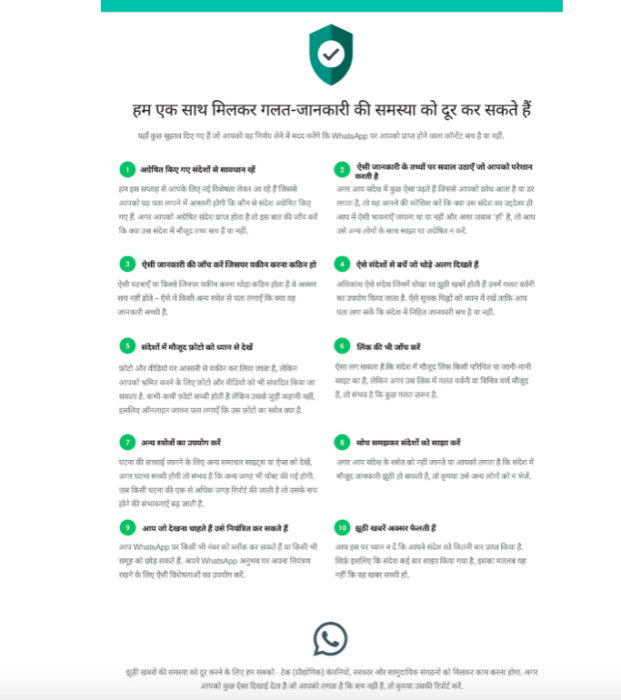 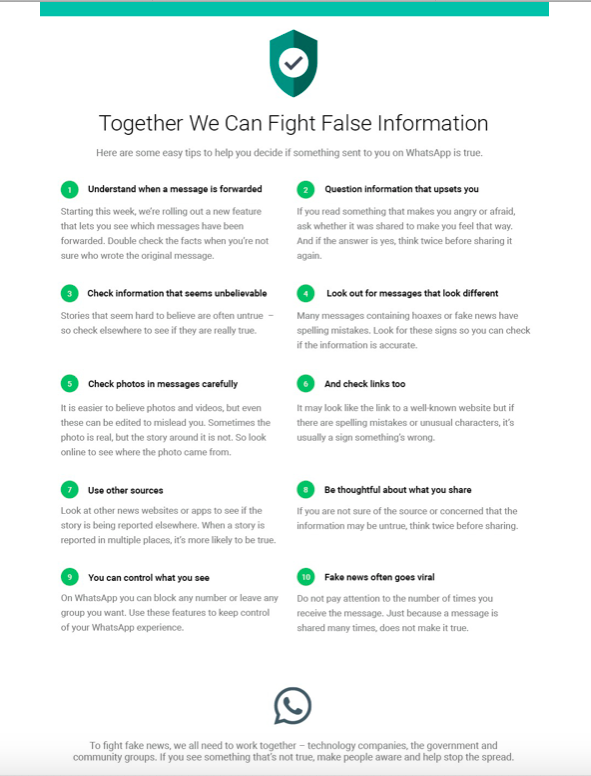 This was followed by ads on the radio which conveyed an almost similar message to the audience.

It started off with ‘WhatsApp aur aap, milkar mitaaye afwaho ka bazaar,’ and the 30-second-long broadcast ended with “WhatsApp dwaara janhit me zaari” – like any other public service advertising. Only this time, it was WhatsApp and not the Government of India.

The three TVCs are heavily woven around the Indian audience. Two of them are focused on Indian households whereas one focuses on the young college goers. While the ads focus on the benefits of the platform, but they also highlight the don’ts.