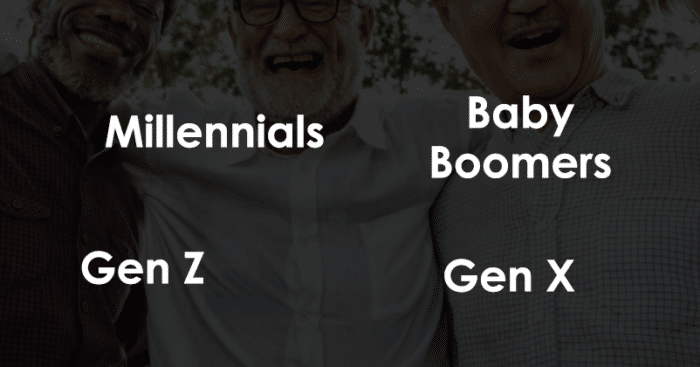 And to make things even more complicated, we have now given labels to different people born in certain time periods.

The phrase that got used. a lot recently was ‘Ok Boomer’. The younger generation was seen making Tiktoks and Reels where they called their parents or teachers boomers. While the videos were fun to watch, they made us more curious about what are the different generation terms.

Who should be called a boomer or who is a Gen Z and Gen X? What about a Millennial? Did you know there is a ‘Gen A’ too now? For someone as confused as me, we have tried to simplified these terms by giving you the time stamp for each generation.

World War II ended in 1945 and Americans enjoyed newfound prosperity. This resulted in a “baby boom” and the children born as a result were called the Baby Boomers.

The term Gen X came to be as people were not sure what cultural traits this generation will have and gave it the X factor.

The term “Millennial” is widely credited to Neil Howe, along with William Strauss, both famous American authors. The pair coined the term in 1989 when the impending turn of the millennium began to feature heavily in the cultural consciousness.