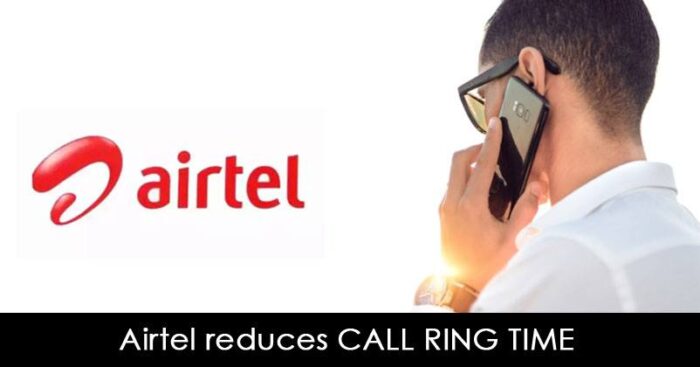 Airtel has finally decreased call time receive time similar to its rival Reliance Jio. Bharti Airtel, the 2nd-ranked telecom operator by revenue, has told has cut the ringing time for outgoing calls to 25 seconds from 45.

Why Airtel did this

Talking about the reason, Airtel said the company took this step as despite repeated requests, the Telecom Regulatory Authority of India (TRAI) has not directed Reliance Jio Infocomm Ltd, to restore the timer to its original duration of 45 seconds nor issued a statement to operators to set to 30 seconds as pdone by most of the operators.

“In the absence of any direction from Trai and to prevent further loss of IUC (interconnect usage charge), we are left with no other option than to reduce the timer in our network as well,” Airtel wrote.

Responding to this, A Jio official, told:

“Incumbent operators, to hide their inefficiencies, are blaming it on IUC. It is they who are gaming the IUC regime by charging their 2G/ 3G customers high voice tariffs. Users from incumbents network who are paying ₹1.5/min for calls request Jio users to make a free voice call to them by giving a missed call, which is as high as 25-30%. Globally, most operators have an average ringing time of only 15-20 seconds, and 25 seconds ringing time on Jio network is in line with global practice.”

The game of missed calls

Airtel believes that the change in Ring time results in a missed call, and makes the customer receiving the call to dial back creating incoming call traffic for Jio. Airtel alleged that after receiving a missed call, the user tends to call more often than not.

Also Read: Free Incoming Calls May Be A Thing Of Past, Telecom Companies All Set To Shock You