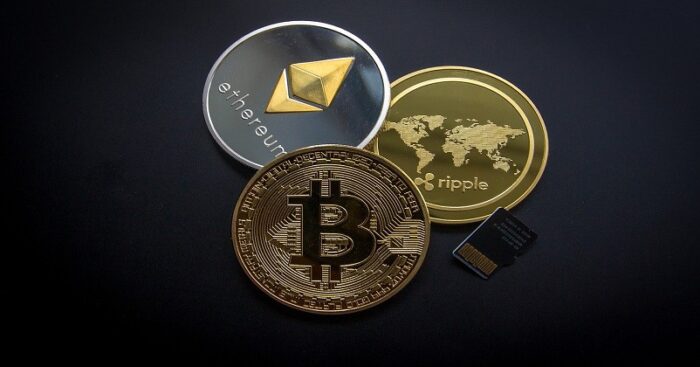 Bitcoin and Ethereumhave exhibited high potential for growth over the years. With Ethereum’s market capitalization hitting a record $100 million while Bitcoin stands at $600 Billion, it is no doubt that the two digital assets are becoming more popular.

Be that as it may, Bitcoin has become a force to reckon with in the financial sector. This is attributed to the acceptance of the digital asset as a mode of payment by various merchants across the World. What makes Bitcoin stand out among other digital assets is that while Ethereum is a decentralized network on which other applications can be developed, Bitcoin enjoys monetary value just like fiat currencies.  So, Bitcoin or Ethereum, which is worth investing in? We put all that into perspective.

Bitcoin tops all other digital assets in the market value. In fact, the current Bitcoins market value has crossed the $50000 mark. Through a report published by Forbes, a top-tier online publication, the price of Bitcoin is projected to cross $100000 by the end of 2021. Typically popularity of Bitcoin has pushed the price to a record high over the years.

Besides being appealing across various sectors, Bitcoin has continued to gain acceptance in the mainstream market. Unlike altcoins, Bitcoin enjoys characteristics of money.

Such characteristics include scarcity, durability divisibility, and recognizability. On the other hand, altcoins miss out on monetary value in many ways. Typically, altcoins are an alternative to Bitcoin focusing on mainly supporting peer-to-peer safe online transactions.

These are basically blockchain-based crypto that supports online transactions. Ethereum, a top contender in the crypto World, offers a robust ecosystem to support decentralized apps through the use of smart contract technologies.

While Bitcoin can be transacted directly in the monitory form, Ethereum operate through token which investors can purchase and sell out when the price increases. Due to the disparity in features, it’s unlikely that Ethereum will rival the market capitalization already controlled by bitcoin.

Bitcoin has gained acceptance on several platforms as a mode of payment by key players in various sectors. The high recognition Bitcoin enjoys across various merchant platforms makes it more appealing to investors. Keep reading to know more about the bitcoin trading and bitcoin record-break price

Though Ethereum has gradually gained popularity over the years, the monetary value associated with Bitcoin makes it more appealing to most crypto enthusiasts across the World.

Though Bitcoin already commands a huge market segment due to acceptance across various platforms,

Just like fiat currencies, Bitcoin is a stable coin. Though volatile, it’s one of the most stable cryptocurrencies in the World BTC doesn’t only have a long history in the crypto market but it has sustained impressive performance in value over the last 10 years.

The blockchain technology that ensures all the mined Bitcoins are halved has helped maintain scarcity. With scarcity comes limited supply which is healthy to maintain the value. So, far there are only 21 million BTC in supply across the World. This creates an acute shortage contributing to its ever-increasing value.

Bitcoin halving is an ideal mining technology that plays a great role in slowing down the new BTC coins that can get into the market. These are some of the factors that make BTC more valuable than any other digital asset available in the crypto market.

Before deciding on whether to invest in BTC or Ethereum, it’s important to understand the distinguishing qualities between the two digital assets.

Unlike BTC which is monitory focused, Ethereum provides an infrastructure on which developers can use to create various applications. Typically, the Ethereum  platform facilitates the issuance of tokens from one network to another. Ethereum has become popular since the technology aims at revolutionizing finance technology and finance. The Ethereum network aims at transforming how transactions are made in the mortgage and security exchange sectors.

The Ethereum network facilitates improvement in in-app technology. This has impacted the tech industry resulting in increased activity on the network.

A paradigm shift in the creation of blocks

The Ethereum infrastructure has brought a paradigm shift in the way blocks are created. Unlike in Bitcoin mining where miners with the most computing powers create new tokens, individuals with the highest ownership stakes have the power to earn tokens. This reduces the high cost of mining associated with BTC.

Though mining Ethereum is not as costly as BTC, the role of bitcoin in the mainstream market can not be underscored. The crypto has not only experienced a surge in value over the year but has a high potential of profitability than ether. In that case, if you plan to invest in crypto, BTC can be a perfect choice.