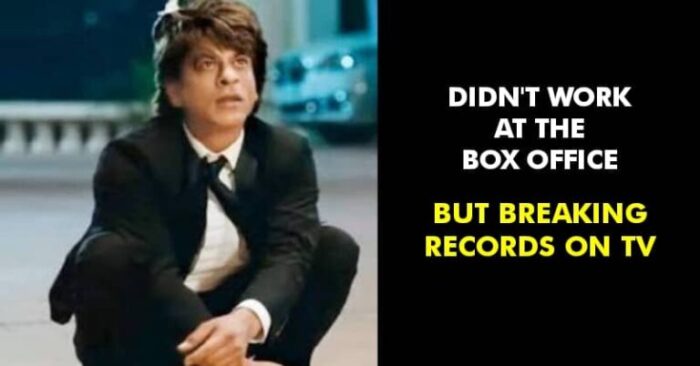 Shah Rukh Khan, Anushka Sharma and Katrina Kaif starer, Zero, was released on December 2018.  The film was a much-awaited film of the year, considering the Shah Rukh Khan being the lead actor.

SRK‘s fan had huge expectations from the film but none of the expectations were met after the release. The movie was a non-performer at the box office.

Nevertheless, Zero has seemed to be making up for the losses and is now doing considerably good on television. In fact, reports state that Zero premiered on TV with a record 9.2 million impression, and following this the film also recorded a staggering 3.9 million impressions in a single month on other paid streaming platforms.

After its success on the television, the question arises that why was the movie not able to do well on the silver screen.

For starters, Red Chillies Productions supplied the TV network and the streaming platform a different cut of the film, helping Zero to set new benchmarks in satellite and streaming domains.

Another reason is said to be the difference in marketing strategies. The network promotional campaign for Zero revealed the bit about the Mars mission and portrayed the film to be a journey of sorts that the lead protagonist Shah Rukh Khan goes through from Meerut to Mars. Which was clearly missing in the theatrical campaign.

Lastly, the television audience is far different from the theatre-going crowd. While the theatre-going audience decides whether a film is worth watching based on reviews and word of mouth, the satellite audience, on the other hand, do not pay much attention to such factors. In fact, an individual who might skip a film in theatres may watch the same film on TV out of sheer curiosity or for the lack of options.