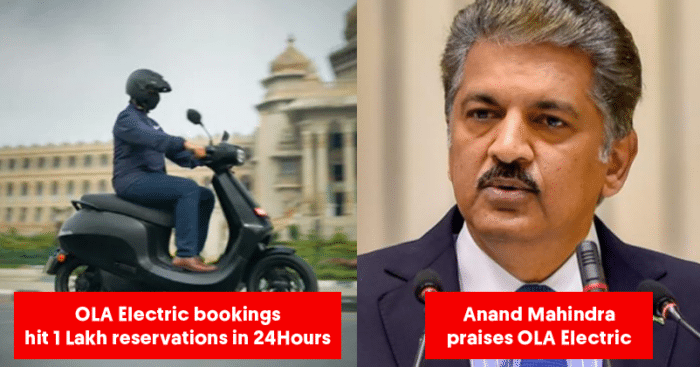 Ola – the big cab and auto aggregator in India – is soon to release its only ‘Electric’ segment where automobiles will make the switch from petrol and diesel to fully being operated by electricity, just like your mobile phones and laptops. With pre-booking on, Ola Electric received a huge response with consumers waiting to switch to a new normal soon. 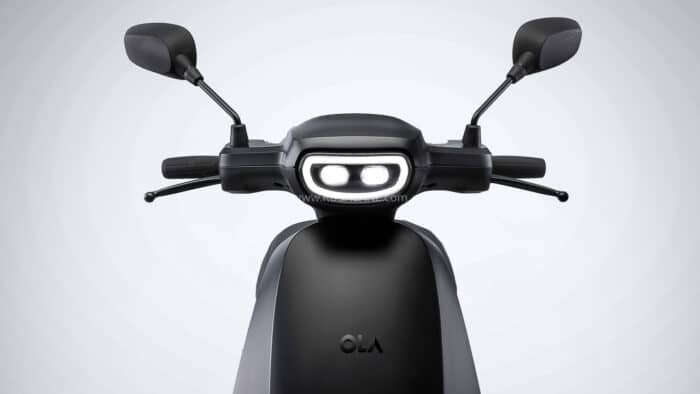 Responding to the surge, Mahindra & Mahindra’s Chairman & CEO, Anand Mahindra, had nothing but praises for the company. They managed to book more than 1 lakh orders over the weekend with no idea of how great the response would be in the first place. It was all about taking the leap and creating an interesting surge for its consumers.

No matter how this scooter ultimately fares, it is exciting to see courage & risk-taking being rewarded. The more entrepreneurs that follow the lead of @bhash & show no fear of failure, the more robust Indian innovation will become… https://t.co/zFvscsWREq

In response to his heartwarming tweet, Aggarwal also showed his gratitude with expectations to start a new era in the country, very soon.

Thanks a lot @anandmahindra for your encouragement! 🙂🙏🏼

Ola Electric has started taking bookings from 15th July 2021. Around 1 lakh orders came in within 24 hours and only increased as the days passed by. The booking cost for each scooter was priced at Rs. 499.

The company is certain that in terms of class, excellence, pricing, and performance, they have something great to offer to Indian consumers.

Are you also willing to make the switch soon? If yes, have you already booked your e-scooter?