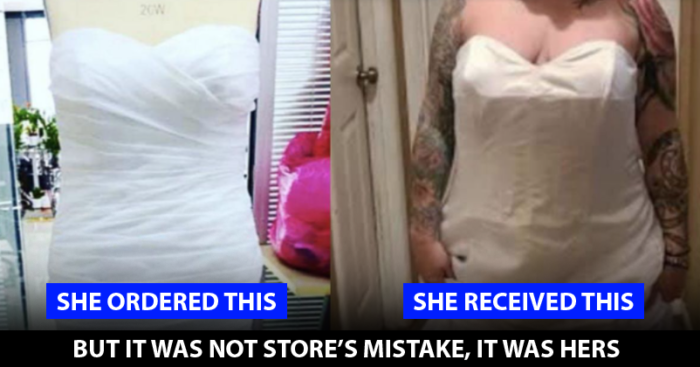 Social media has come in very handy while posting reviews or trying to get your grievance resolved as quickly as possible. We see so many people tagging the brands and venting about the troubles they have gone through while taking their services. And most of the time, these grievances get resolved and everyone lives happily ever after. 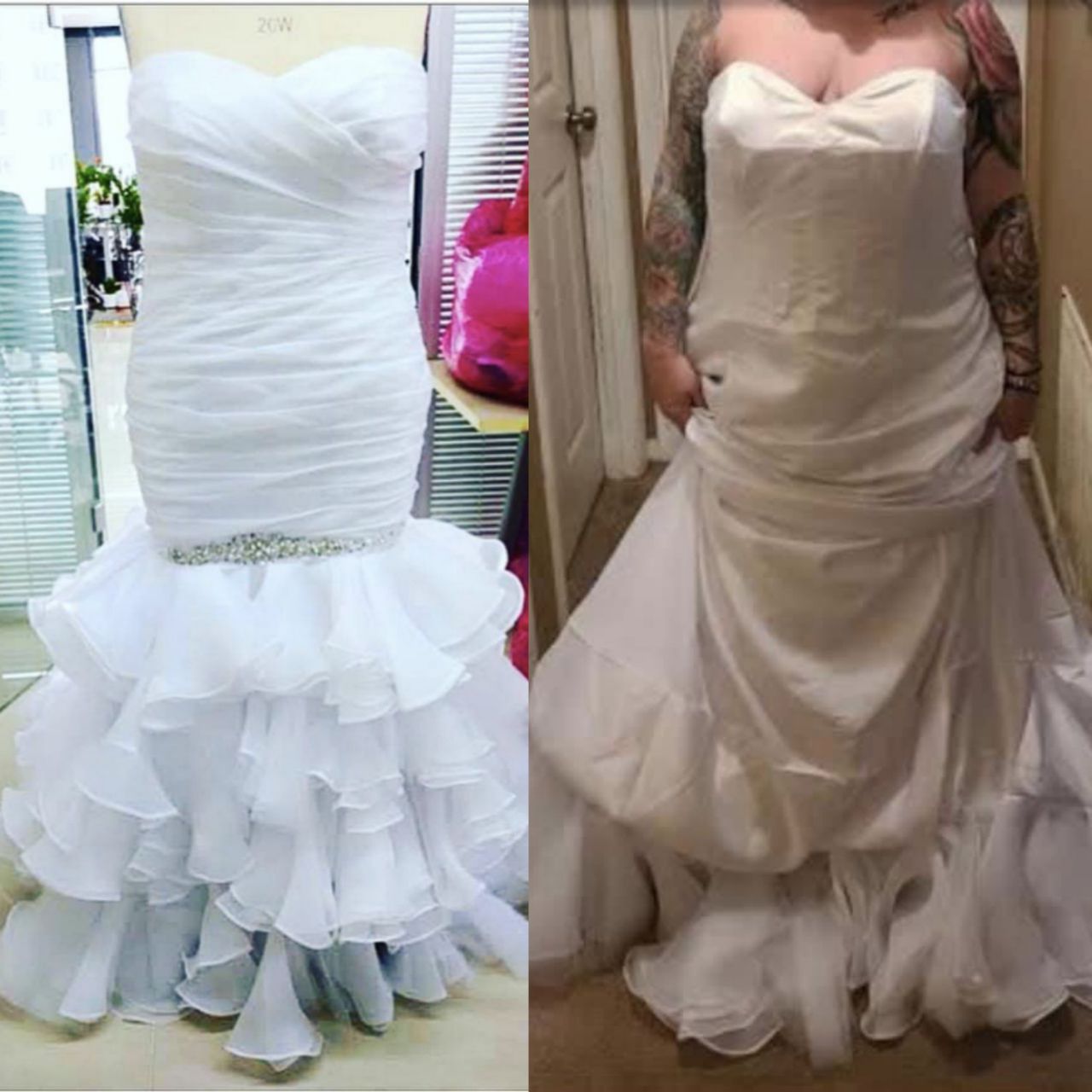 However, a recent incident with a woman has given this whole writing a review thing a comical twist. A soon to be bride, Aubrey Deux of Louisville, had recently bought her wedding dress online. But when the woman received it and tried it on, it looked nothing like what she expected it to.

Aubrey was quick to write an angry email to the bridal gown shop. But soon after she received a revert from them, and to her surprise, it wasn’t their mistake.

While sharing the complete incident, Aubrey wrote, ” Two weeks ago my wedding dress came in. I was really upset about the looks of it and sent an angry email to the company wanting to return it. I took pictures of me in the dress telling them it looked nothing like what I had ordered.”

To her surprise, the company told her that she was wearing the dress inside out. Aubrey was a sport and accepted her honest mistake. She wrote how patiently the company had reverted to her mail even though she had approached them in a not so happy tone. 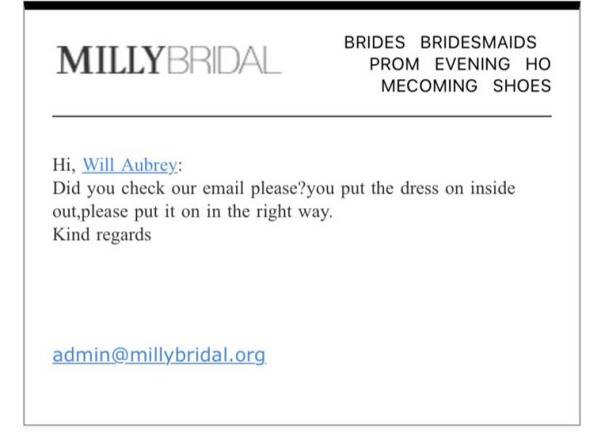 She went on to say that she hopes that the company had a good laugh at her email and the pictures that she shared with them and promised to share the real pictures when she walks down the aisle.

In her defense, she works a 16-24 hour shift and wears scrubs and tactical boots for a living. It was her husband who had helped her get into the dress and both of them just couldn’t figure it out. When it’s just nice to see things sorted out easily and they now have a wedding story to share.