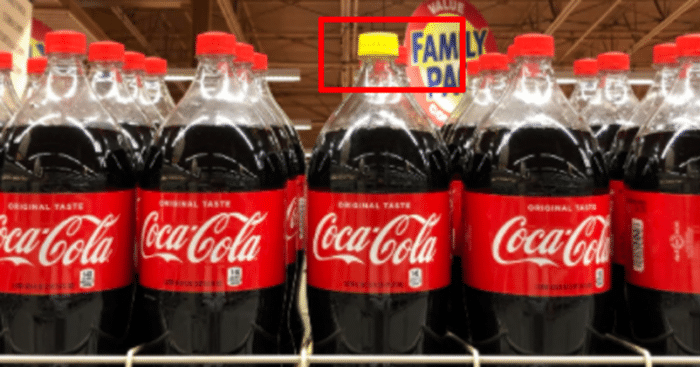 You might recall Coca-Cola from having the red caps on the bottle. But, there was a time when the brand had yellow-colored caps to differentiate its sucrose version from the actual ingredients. These were actually considered to be Kosher variants for the Passover period for Jews.

How did the Passover Period Influence the Production of Yellow Caps on the Coca-Cola bottles?

This was in the year 1930 when Coca-Cola utilized a different sugar substitute for its signature drink. These jews had cut out any grain-based product including chametz in the Passover period. Since the regular Coke bottles contain high amounts of sucrose, the kosher variants were released to honor the Passover duration and made in yellow with a Passover certification, distinguishing them clearly from the regular bottles.

The Ⓤ marking, also known as the Hechsher symbol can be seen on the bottles to signify that they are kosher. There also needs to be additional Passover hechsher symbols depending on the different organizations under food and drinks that denote kosher. There are small letters determining if the food item can be classified as meat or dairy. This is applicable for all brands and can also be commonly found on the Oreo packaging.

Have you ever noticed these intricate details on your bottle of Coca-Cola? You will be surprised to find so many more brands brimming up with these segregations.