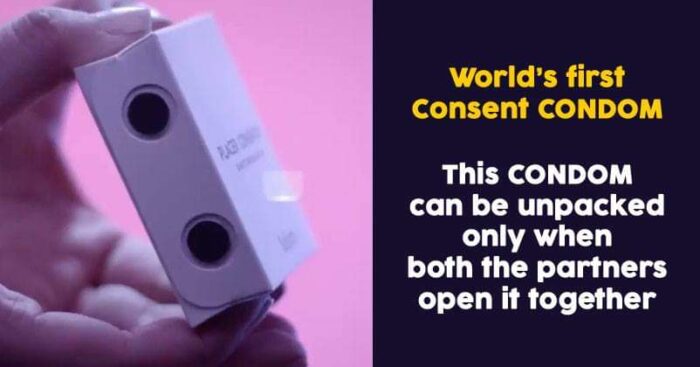 Condom companies like Durex and Manforce are popular for their advertising skills but today we are talking about a new condom that is making news. Well, if you started guessing, it is not about a unique flavor but has been made keeping in mind the need for consent while making love.

Tulipán, an Argentinian sex toy company has created contraceptives that require four hands to open its packaging. To unpack the condom, all the four corners of this condom packaging are required to be pressed simultaneously, promoting consent and equal participation in decision making.

Joaquin Campins of BBDO, the ad agency which planned this campaign said:

Tulipán has always spoken of safe pleasure but for this campaign we understood that we had to talk about the most important thing in every sexual relationship — pleasure is possible only if you both give your consent. If it’s not a yes, it’s a no.

Experts believe that such innovations are coming in the market after the popular #MeToo movement which revealed many popular faces accused of sexual assault. Gillette has done something similar in their ad campaign that addressed the issue.