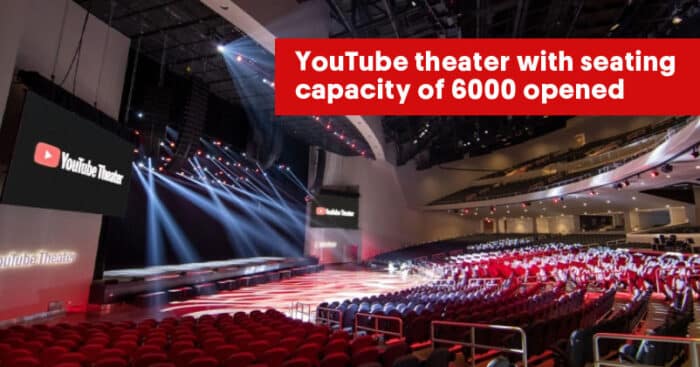 Taking things up a notch, the leading social media platform, Youtube has now entered the multiplex industry. YouTube Theater, which is a 6,000-seat performance venue in Inglewood, California, was officially opened for business Monday.

The YouTube Theatre is located adjacent to SoFi Stadium and American Airlines Plaza in Hollywood Park.

According to the YouTube Theatre website, the three-story-high venue will host a range of events including concerts, comedy shows, esports tournaments, award shows, community gatherings, and others.

The first-ever event to be hosted at the theater on September 3 will be Hollywood Black Comedy Festival, hosted by Deon Cole. Theater officials plan to announce the venue’s first “artist residency” later this year as per Spectrum News. Officials said the residency would feature one of today’s most popular music groups. 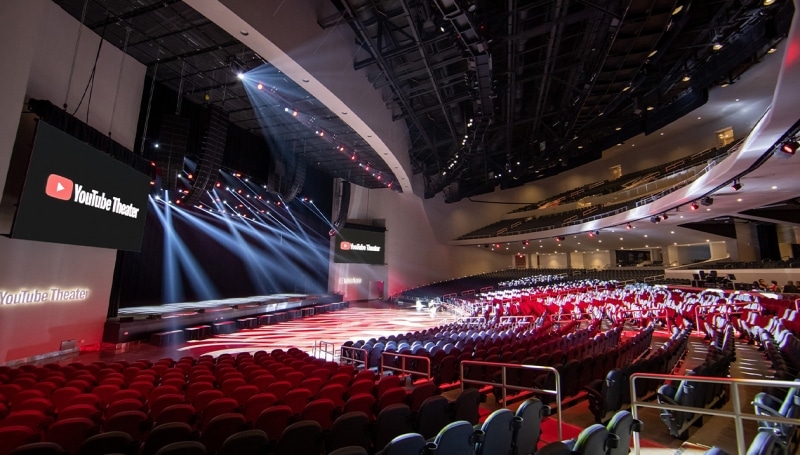 This state-of-the-art structure is sure to attract many visitors both nationally and internationally. It will be interesting to know what more shows are lined up at this newly opened up YouTube theatre.
Youtube has been ruling the social media sector with the most user base in the world. And it can be easily estimated, that its physical presence will be equally popular amongst entertainment seekers. After this, people are also waiting to see which other city or country YouTube decides to open up another theatre.