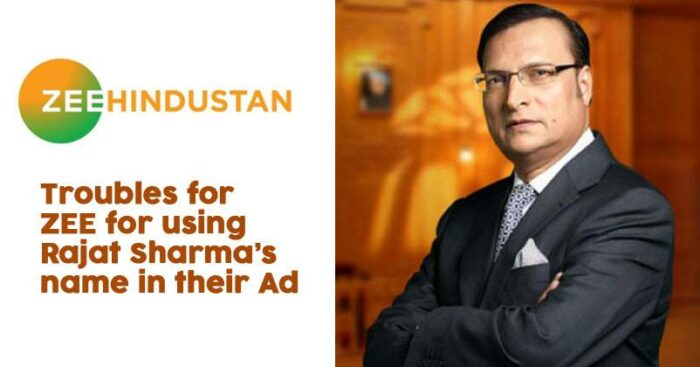 Have you ever noticed a common trend in multiple Indian advertisements? The trend of taking digs are market competitors, indirectly or directly is what makes many successful marketing campaigns work.

Be it tubes of toothpaste or packaged food items, the marketing sector has been releasing dragon fire for a while now. Everybody is striving to achieve a higher market share and that is only possible by decreasing that of others.

However, it seems like another brand has entered the rat race. 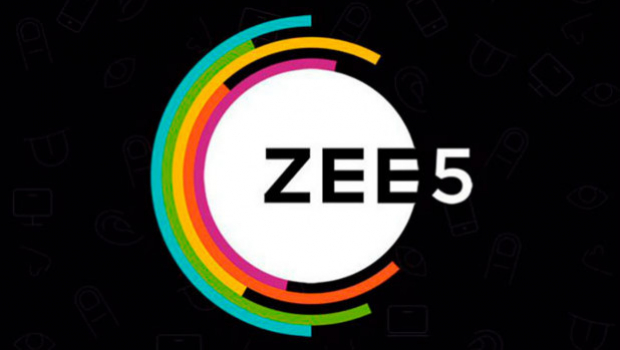 Zee, one out of the most popular Indian household names, has been dominating the TV industry for a while now. It is known for its string of innovative advertisements and a variety of shows.
A latest campaign to promote its new channel Zee Hindustan however, has been a black mark in its marvelous history.

What was the advertisement about?

An advertisement that takes a dig at any other channel would not have faced any trouble, legally. However, Zee Hindustan’s latest string of ads not only take a dig at competitors like India TV Republic TV but also use unsolicited use of their hosts and channel stars. For example, they used Rajat Sharma from India TV and Arnab Goswami from Republic TV in slogans. 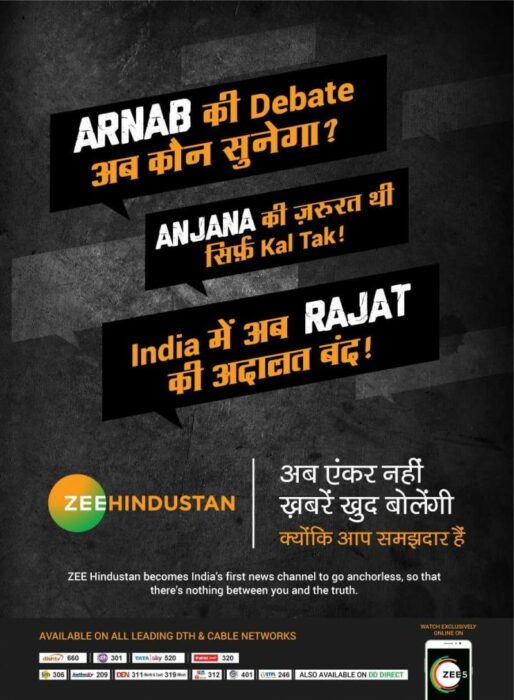 However, this act by Zee for the re-launch of its new channel did not work well with mentioned anchors. A complaint was filled by Rajat Sharma and India TV regarding the use of his name. The Delhi High court took a decision in favour of Rajat Sharma, not allowing Zee to use his name in any advertisements, whatsoever. 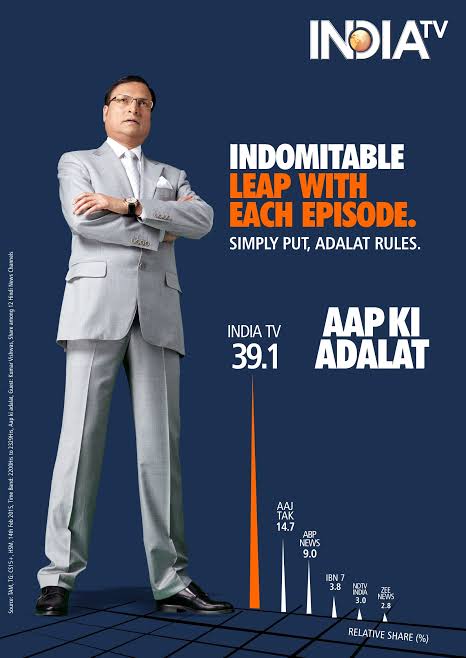 Well, Zee will have to incur losses for all the money invested in developing an otherwise brilliant campaign. It will have to take down all hoardings mentioning Rajat Sharma or using his name in any process. Obviously, a new marketing process has to be initiated soon to grab as many customers as possible.

Seems like, the host of Aap ki Adaalat, won an Adaalat case without any hindrances this time!
Zee and other companies need to be on their toes to step it up now!