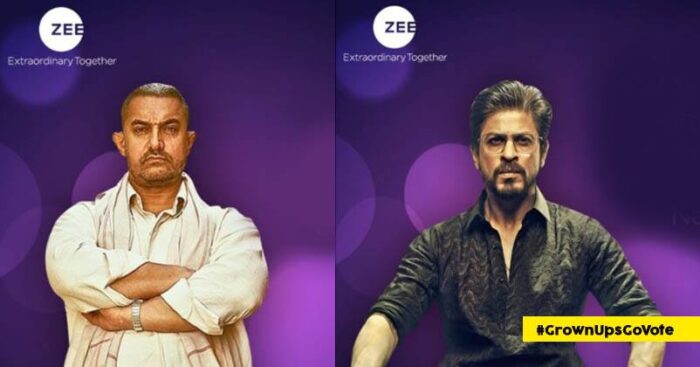 The 2019 Elections in India are underway and brands are taking the responsibility of reminding citizens to vote during these elections with their campaigns.

Conceptualized by Lowe Lintas, #GrownUpsGoVote encourages the adults to do the grown up thing by casting vote. As a part of this campaign, ZEEL is pausing regular content for 2 hours (8 AM – 10 AM) across network channels on the days when votes are being cast across respective states. Instead, the channels are airing messages aimed at encouraging people to cast their vote. Viewers are getting these messages from 11th April and will see them during the entire voting period in their respective states. 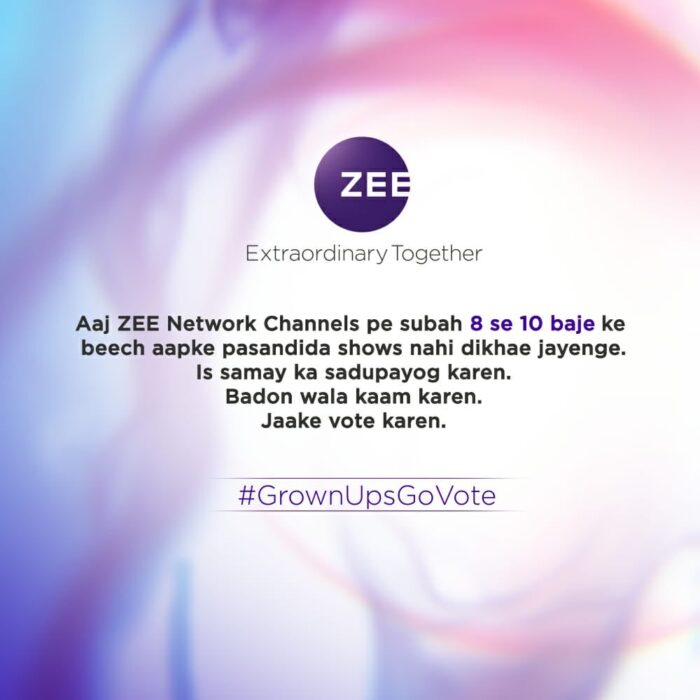 With #GrownUpsGoVote, ZEEL aims maximum voter turnout during these elections. All the creatives in this campaign are delivering an important message: Do the grown up thing by casting your vote. (Badon wala kaam karen. Vote Karen.) Choosing this ideology is apt because the campaign is giving the real essence of being a grown up.

No campaign is considered as successful and impactful if it lacks reach. To ensure maximum reach, the campaign has been launched in nine languages on 39 channels covering all key states in India. As Indians tend to follow celebrities blindly, ZEEL has used this as a smart strategy by showing artists appealing to the audience to go vote rather than sitting and watching them. The media house has also partnered with clients who are encouraging voter turnout and running their messages as part of the integrated push between 8 AM – 10 AM on their channels. 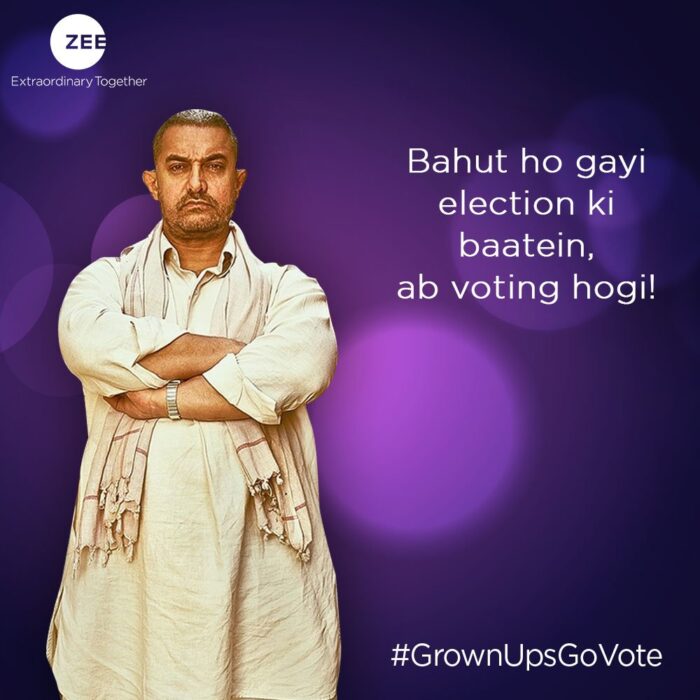 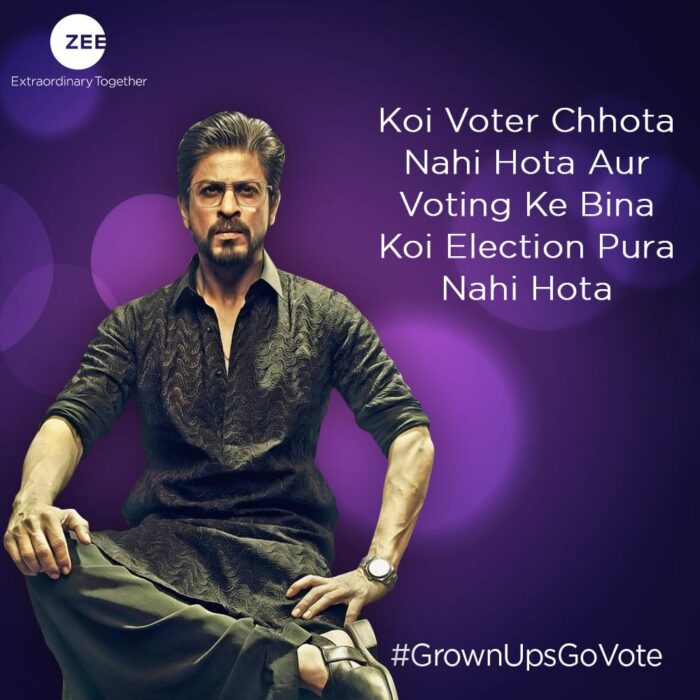 Social media platforms act as a great tool to communicate with online users and deliver a message to mass audience. As elections are a hot topic on social media right now, ZEEL channels are posting engaging content with hashtag #GrownUpsGoVote.

Considering all the above points, ZEEL is certainly delivering the right message in a way that attracts audience. Picking up a social cause like voting with a fresh idea in the campaign is helping ZEEL to make the connection with their viewers stronger than ever.