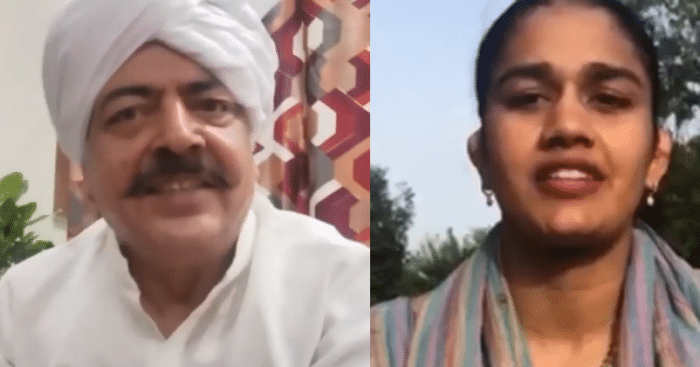 Zee TV recently, conducted a social experiment to promote their new show, Meet. This social
experiment involved a certain ‘Tauji’, expressing his views about women at large and depicted the
conservative and orthodox mentality that is still rampant in our country. What we did not expect
was the response it generated.

From Huma Qureshi to Babita Phogat and even netizens, this campaign became a mega hit. Tauji,
expresses his regressive views quite vehemently. He goes on to say that girls should be kept at
homes and once a girl is out of the house, she is going to slip from your hand. This video on gender
roles which highlights patriarchal mentality in its truest form, went viral on the internet. Social
media went rife with the video and outrage soon started pouring in.

Memes were made and some thousands commented on this particular video. Around 200 plus
meme pages participated making the campaign reach 5 million people. This campaign proved
effective in connecting with the masses. The video was shot craftily and felt absolutely real,
garnering quite a response.

Huma Qureshi had quite a funny response to this, and that too without saying a word. She just
moved Tauji aside. That’s it. Simple and effective! And after Tauji’s gone, she reacts to certain
questions that state that she is her ghar ka chirag and that zimmedari sees no gender.

Babita Phogat gave a befitting poetic reply to Tauji. She says that this mentality in unheard of now
even in kids, and both-men and women have to work together to run the show. She also opines
about how Taujis mentality is detrimental to society!

The campaign for the new show did prove effective in advertising. Though a few netizens did
consider the campaign unethical. Calling this a social experiment, according to some was wrong.
Because, though a smart publicity stunt, it may have negative effects with a section of people
actually believing the thoughts conveyed by Tauji in the video.