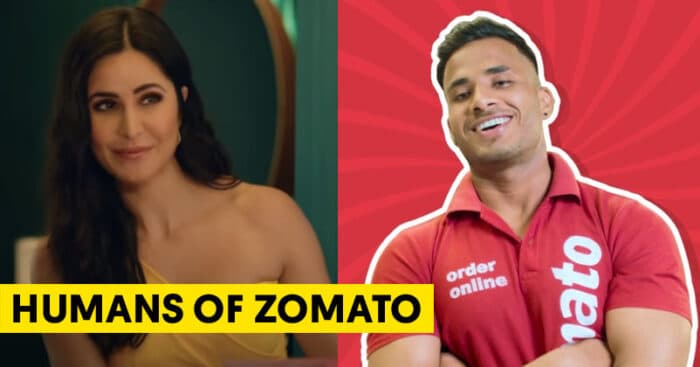 After facing flak for their new commercials that star famous Bollywood actors, Zomato has launched a new campaign that features episodes on their delivery partners. The famous food delivery and ordering platform has faced disapproval from the public for two advertisements in question. One starring Bollywood heart throb Hrithik Roshan and the other one starring the beautiful Katrina Kaif. The ads show the Zomato delivery partners being short on time between deliveries which constraints them in taking a selfie or enjoying a birthday cake offered by their favorite stars.


The ads in question have shown delivery partners being in a tight spot. They are shown to be working in poor weather conditions along with being pressed for time between two orders, not relaxing even for a moment. Also, they are addressed as aliens in one ad for working in unsuitable weather conditions. Twitter users state that these instances showcase inhuman ways to treat employees. Some are also of the opinion that it is unethical to pay unfair wages to delivery executives but pay burly amounts of money to celebrities endorsing their brand. Though the tagline used is ‘Har customer hai star’, and it was meant to show the delivery agents who work hard all-day delivering food orders in a good light, they ended up abasing them instead.

The brand wanted to celebrate the hard work done by its delivery executives in making Zomato a leading platform for food ordering and delivery. The ads in question were made to honor them and showcase them as the “hero of the ad”. Also, whether one is Katrina Kaif or Hrithik Roshan or any customer, they all hold equal importance for the company, and are all stars according to them. And so, in order to make them feel valued, Zomato has launched a series showing experiences of their delivery partners.

The series will feature Zomato delivery executives talking about their experiences while working with the brand. The first episode has been already launched starring delivery partner BhanuPratap, a bodybuilder and power lifter from New Delhi who is working with Zomato from 2018. Working odd and low-paying jobs didn’t leave much scope for him to fulfil his weightlifting dreams as it is a costly sport. However, after working with the brand, he managed to save money to fulfill his dream. He is proud of wearing his red Zomato T-shirt and also states that he is living a life of dignity.