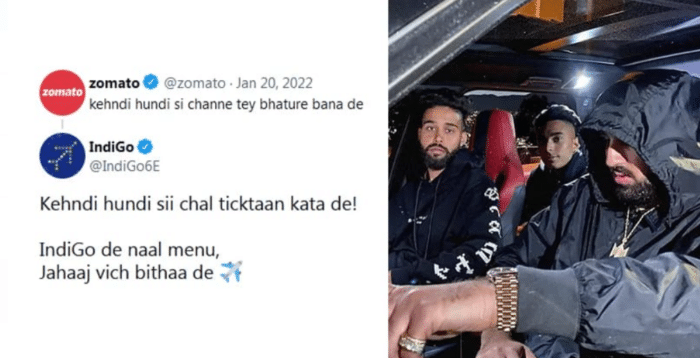 The country has been grooving on AP Dhillon‘s songs for a while now. While the craze for the singer and his songs is on the seventh heaven, it is only going to grow higher.

Taking the national crush and the most buzzing singer’s latest hit, Zomato did the best moment marketing recently. The brand used Dhillon’s famous song ‘Kehndi Hundi Si Chan Tak Rah Bana De‘  and tweeted it with a foodie twist of its own.

While the lyrics were well put, you are sure to groove on these tweets just like you did with the song.

Once Zomato’s tweet was out, other brands jumped in and made the most of the trending number. Their replies were a piece of work and entertained everyone who came across these lyrical geniuses.

While brands had their fair share of fun with Zomato’s tweet, netizens could not stop themselves from giving in on the humor and coming up with hilarious replies of their own. Some of them were really fun to read.