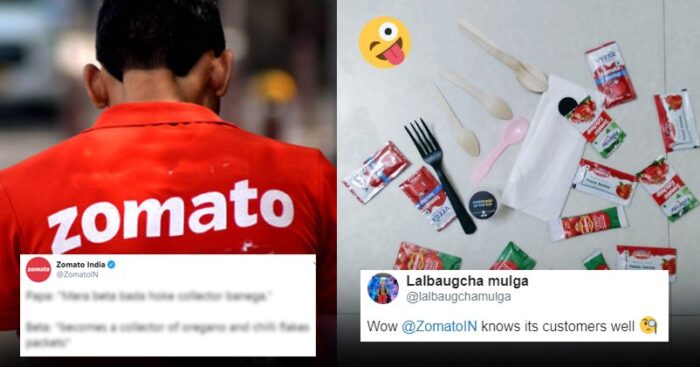 If you’re that typical Indian or know someone who has a knack for collecting oregano seasoning sachets and chill flakes, then Zomato’s recent relatable tweet will surely leave you in splits.

The online food delivery aggregator who is known for its strong social media game recently posted a joke on Twitter about people who order pizza and then collect the extra seasoning sachets that come along.

Beta: *becomes a collector of oregano and chilli flakes packets*

The post not only garnered over 3K likes and 400 retweets but also triggered some of the most hilarious responses from the Twitterati.

I am that beta pic.twitter.com/sGnvp2S1eK