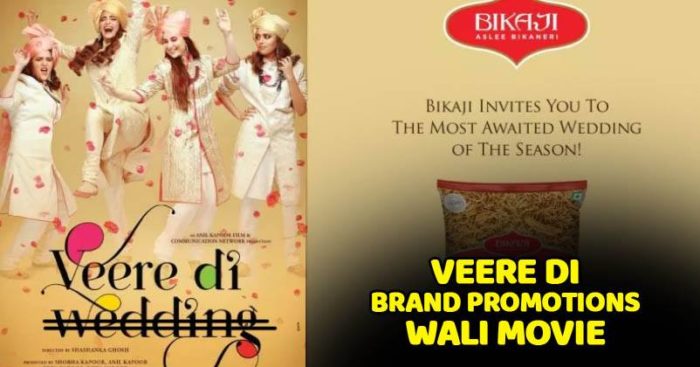 In-film advertising has become a popular method for brands to promote their products. Depending on the concept and story, brands choose movies which helps them to focus on their target audience. Shashanka Ghosh’s Veere Di Wedding has released in Indian theaters and is receiving positive responses from the viewers. Along with the glamour of actresses, there is one thing that can’t be ignored about the movie and that is the number of product placements it features. 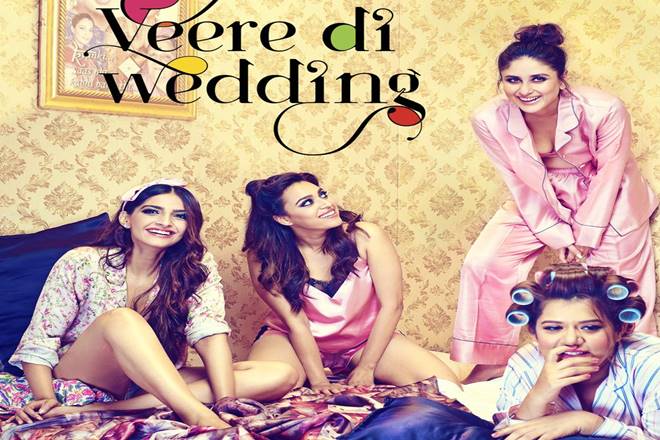 Also Read: How In-film Branding Is Helping Brands To Market Their Products

From Uber to Amul to Bharat Matrimony to Air India to HSBC to Bikaji Namkeen to Calvin Klein, each brand has brand has been showcased to the audience in almost every 2nd scene of the movie. Surprisingly, the list doesn’t end here: others brands associated with Veere Di Wedding are Lux, Apple, Tata Tiger, Tumi, Mydala and Videocon D2H.
The leading characters of the movie have made sure that audience doesn’t forget about the products they use in the movie by repeating them from time to time. The ads are made by keeping the perspective of the advertiser in mind and the viewer’s experience about it has been ignored. 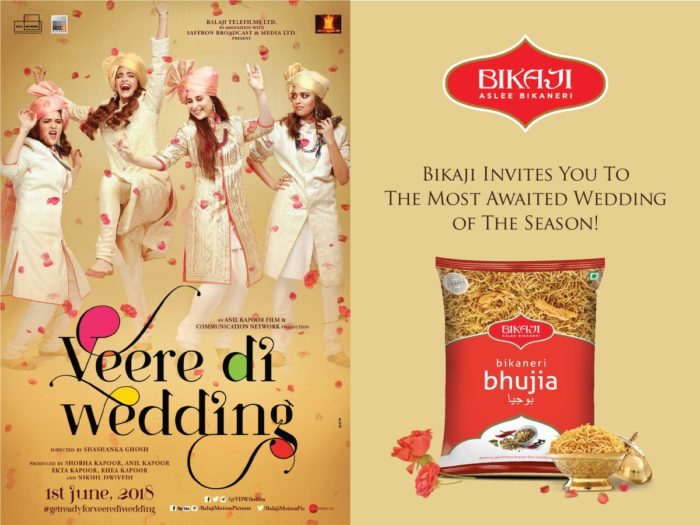 The promotion of Bharat Matrimony for a wedding-related film is ok and Shikha’s love for Amul ice-creams is also fine but can one justify brands like Uber and Bikaji Namkeen in a film which is based on super-rich South Delhi girls? Sitting in an expensive 5-star property like Amanpuri Resorts in Phuket, Sonam and Swara are seen exchanging packets of Bikaji bhujia. In one scene a character in the movie is seen praising Air India about always being on time. And it doesn’t finish here, a maroon Sedan with Uber written all over it is seen, have you ever seen such an expensive vehicle giving Uber’s services in Delhi?

Also Read: Padman Challenge: A Good Marketing Strategy Or Not?